Showing posts from May, 2020
Show all

PRESS RELEASE UK GOVERNMENT:  The Bureau of the Conference of the Parties to the UNFCCC (United Nations Framework Convention on Climate Change), with the UK and its Italian partners, agreed today new dates for the COP26 UN climate conference, which will now take place between 1 and 12 November 2021 in Glasgow. The agreement followed consultation with UNFCCC members, delivery partners and the international climate community. The conference was originally set to take place in November 2020, but had been postponed due to COVID-19. In the run up to November 2021, the UK as hosts will continue to work with all involved to increase climate action, build resilience and lower emissions. The new date will also allow the UK and our Italian partners to harness our incoming G7 and G20 presidencies in driving climate ambition. The decision on the new date comes as the UK Government announces that over 25 experts in multiple global sectors will be advising the COP26 Presidency. The Friends of COP br
Post a Comment
Read more

Guest blog: New Ways of Thinking and Acting in the Anthropocene 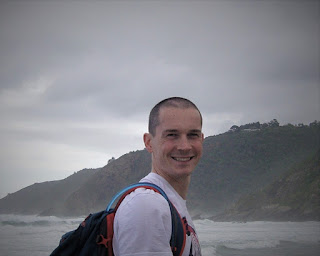 Guest Blog by Barry Carney: MSc (Centre for Alternative Technology, UK); CAT is an education hub for sustainable solutions. Barry has a professional background in creative industries, his research explores complex challenges. He is a Change Agents UK research associate focusing on transformations via action- and values-based pathways. In the age of the Anthropocene, we urgently need new ways of thinking and acting. Economists are predicting that biophysical limits will determine the post-growth world and, as things stand, this will be characterised by mass migration, profound natural hazards, and huge discontinuities for human and natural systems (Crownshaw et al ., 2018). Epidemiologists warn how climate change will create a world of unprecedented new diseases. The current pandemic is sending disruptive shockwaves through all our interconnected global, environmental, socio-economic and human systems. With this, we have opportunities to alter current systems at the deepest of level
Post a Comment
Read more 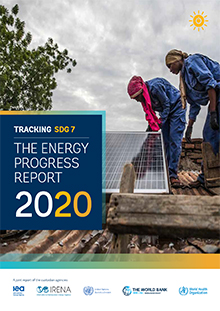 IRENA PRESS RELEASE: This joint tracking report monitors and assesses global progress in the quest for sustainable, affordable, reliable and modern energy services for everyone. Published annually by the custodian agencies of Sustainable Development Goal (SDG) 7 on energy, the report serves to guide international co-operation and policy-making to achieve universal, sustainable energy access by 2030. The annual SDG 7 tracking report includes the official dashboard of global, regional and national progress on four key energy targets: 7.1 : Ensuring universal access to electricity and clean cooking solutions; 7.2 : Substantially increasing the share of renewable energy; 7.3 : Doubling progress on energy efficiency; 7.A : Increasing international collaboration in support of clean and renewable energy. The world has made promising progress towards ensuring universal access to sustainable energy over the last decade. The number of people without access to electricity fell from 1.2 billion gl
Post a Comment
Read more 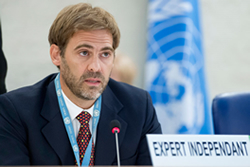 Guest blog by Juan Pablo Bohoslavsky  Former UN Independent Expert on debt and human rights.   From February 2011 to April 2014 he worked as a Sovereign Debt Expert for the United Nations Conference on Trade and Development (UNCTAD) coordinating the Expert Group on Responsible Sovereign Lending and Borrowing.  He has published books and articles on sovereign financing, foreign investment, transitional justice and human rights. In May 2019, when Evo Morales was still in power, I conducted a mission to Bolivia to report on the links between the economy and human rights in the country. In March this year the Bolivian government made it clear at the Human Rights Council that it didn’t like what the report said. I would like to share with you the article just published based on the findings of the report. The article goes attached.  Many scholars and social activists consider the economic and social policies implemented during the Evo Morales governments in Bolivia as a unique case of hete
Post a Comment
Read more 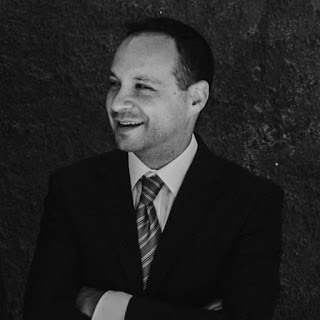 Guest blog by: Antonio Roque, Co-founder of the World Peace Alliance he has operational and leadership experience in working with fortune 500 tech companies in Cloud, IoT and software. He is very focused on sustainability and to find technological and institutional ways to achieve it and on helping space exploration. Around the world, people are facing circumstances they’ve never see before. The recent world pandemic forced drastic changes in our communities and ourselves across our planet, it forever has changed economic and social systems, and the way we deal with our environment. The longer a lockdown is sustained, the deeper the economic scars, and the slower the recovery. As example, many small firms might not return with the recovery, unemployment rises at an unprecedented rate, there is a weapons race, wealth is distributed completely disproportionally, opportunities are only for a few and not for all, not to mention about science, healthcare and education that should be availa
Post a Comment
Read more 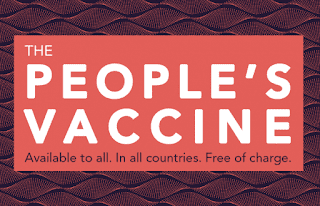 GENEVA, 14 MAY 2020 —More than 140 world leaders and experts, including the President of South Africa and Chair of the African Union, Cyril Add caption Ramaphosa, the Prime Minister of Pakistan, Imran Khan, the President of the Republic of Senegal, Macky Sall and the President of the Republic of Ghana, Nana Addo Dankwa Akufo-Addo have signed  an open letter calling on all governments to unite behind a people’s vaccine against COVID-19 . The call was made just days before health ministers meet virtually for the World Health Assembly on 18 May. The letter, which marks the most ambitious position yet set out by world leaders on a COVID-19 vaccine, demands that all vaccines, treatments and tests be patent-free, mass produced, distributed fairly and made available to all people, in all countries, free of charge. Other signatories include the former President of Liberia, Ellen Johnson Sirleaf, the former Prime Minister of the United Kingdom, Gordon Brown, the former President of Mexico, Erne
Post a Comment
Read more

Guest blog by Professor Stephen Martin and Professor Stephen Sterling ( Dr Stephen Sterling is Emeritus Professor of Sustainability Education at the Centre for Sustainable Futures, and an advisor on UNESCO’S Education for Sustainable Development (ESD) programmes. Dr Stephen Martin : Hon FSE; FRSB; F.I.Env Sci is visiting Professor in Learning for Sustainability at the University of the West of England recently he was the founding Chair of the Higher Education Academy’s Sustainable Development Advisory Group and a former member of the UK‘s UNESCO Education for Sustainability Forum) We are now citizens of the Earth joined in a common enterprise with many variations. We have every right to insist that those who purport to lead us be worthy of the task. Imagine such a time! (Orr, 2003) Hundreds of delegates met late last year in Madrid(Cop25) to discuss  climate change and the UN’s Secretary-General headlined with his statement that” we have reached a point of no return!” The UK will hold
2 comments
Read more
More posts