The Green King - the Nexus of Water, Food, Energy and Climate 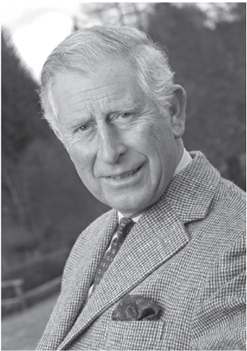 In 2014 The Water Institute at the University of North Carolina hosted conference on the Water, Food, Energy and Climate Nexus. It played an important role in the discussion in the SDG Open Working Group on the interlinkages between Goals. In 2016 Jamie Bartram head of the Water Institute and I brought together some of the key presentations from the conference into a book 'The Water, Food, Energy and Climate Nexus: Challenges and an agenda for action'.

We invited the then Prince of Wales to write the Foreword which he agreed to do. The issues he raised in 2016 have moved even more to the centre of the political agenda. The climate crisis has accelerated and the links between their impacts on food, water and energy are now clear to anyone who is looking. In 2016 the idea of the circular economy was not yet being discussed in the negotiations. In 2022 the new negotiations on a Plastic Convention have it as a central part of the negotiations. His insights into the challenges we face have already had him termed by the media the 'Green King' or the 'Green Monarch.' Below is the text from the Foreword he wrote to a book still available and even more relevant today. 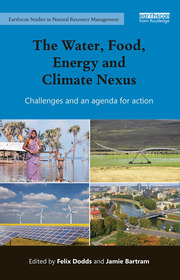 Looking forward to the future and the enormous challenges embedded in the ambition to improve living conditions for the world's ever-expanding billions of people, I think it is fair to say that if we had a choice most of us would    not start from here.

Economic growth has assuredly secured comfort and convenience for some, yet the scourge of poverty still afflicts a substantial proportion of humankind.  Finding ways to achieve more growth will surely tax our ingenuity when we have already exceeded     so many planetary boundaries, but it seems to me that we certainly won't be able to achieve this based on recent patterns of development.

This is not least because of how the natural systems that sustain human wellbeing are showing signs of serious stress.  Climate change and its ever more obvious impacts are exacting an ever more costly human and economic toll; the disappearance of biodiversity and the degradation of ecological services are making us less secure and closing off options for the future. Yet the choices we make so often seek simple trade-offs, not least with regard to the long-term damage to ecological systems that we have come to regard as the inevitable price of short-term economic growth.

While there has been some progress in protecting the environment from the worst excesses of rapid development, what we have achieved to date is clearly insufficient, especially in the face of still rapidly expanding demand arising from unsustainable population and economic growth. Part of the problem comes with our habit of addressing the challenges that face us by taking action in separate silos, pursuing one subject at a time and, in so doing, often not seeing the fundamental connections between them.

When one examines the projections for increased demand for food, water and energy it becomes only too obvious that a more integrated approach is urgently needed.  Crops need water and healthy soils in which to grow. Many of our most important energy sources also rely on copious quantities of water, including hydroelectric dams. With these dependencies in mind, we should perhaps not be too surprised to see the impact of drought in part reflected in higher food, in some parts of the world, in power shortages.

The water that underpins our economy and food security is, in turn dependent on functioning natural systems for its replenishment, including forests, wetlands and healthy soils. The more we degrade these, often through our relentless pursuit of industrialized agricultural production, the more we imperil the prospects for future development. All this leads me to conclude that it is not, first and foremost, facts and data about the changes taking place in our world of which we are most in need, but rather the leadership to adopt the kind of integrated approach that would enable us to move beyond our presently fragmented. approach and to see that all the issues on the table are in fact related, not only to one another but also to the health of the natural world.

In the pages that follow, some of the world 's leading thinkers and practitioners set out ideas on how best to approach this dense knot of connected questions, including the tight nexus of challenges that emerge in the interconnections between rising demand for food, energy and water.

Faced with such daunting challenges, it may be possible for us to navigate the choppy straits ahead, if only we can muster the will to harness new ideas, technologies and development strategies that will move us towards the sustainable circular economy that we can increasingly see is within our grasp.  For anyone seeking insight as to why and how we might do this, this book is a marvellous place to start.