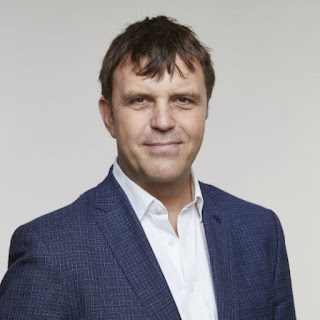 If there is one lesson we can take from 2021, it's that climate action is going to have to grow much faster to keep up with the climate change impacts we’re already seeing.

Our two weeks at COP26 last year showed us the growing speed and determination with which businesses, investors, cities and regions are committing to halve emissions within this decade and reach net zero before 2050.

At the same time, we need to adapt and build resilience to the unfolding impacts of climate change. 2021 saw catastrophic wildfires in California and Greece; floods in India, Australia, Turkey, China, Belgium, Germany and South Sudan; locust plagues in East Africa; deadly cold in Texas and melting of the permafrost that supports infrastructure and homes in Russia.

There is no time to lose. If global warming reaches 1.5°C by 2030, nearly half the world’s population will be at risk from hazards related to heat stress, drought, flood or water stress, according to analysis for the UN-backed Race to Resilience produced by McKinsey Sustainability. That’s up from 43% today.

Even if we stave off 1.5°C of warming until 2050, nearly one in four people will be at risk from severe hazards that could affect their lives and livelihoods, it found in research released at COP26.

As now, lower income countries are more likely to be exposed to hazards than higher income countries. That would lead to more poverty and inequality caused by more loss and damage from the impacts of climate change.

Building a resilient stable economy starts with building resilience, health and stability for people, communities and nature around the world. 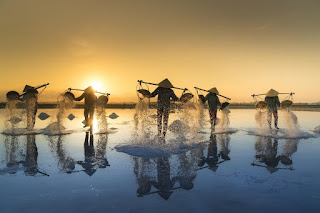 The Race to Resilience mobilizes businesses, investors, cities, regions and civil society to build resilience for the 4 billion people most at risk from climate change within the 2020s, to ensure that they can thrive in spite of climate shocks and stresses. This is crucial, because emission reductions alone will not protect our economic health and security in the long-run.

Impacts will make it harder for people to work, according to McKinsey.

Chronic severe heat stress, for example, would make it too hot to work outside during at least a quarter of working hours in a year - lowering incomes and forcing industries to rethink their operations. It could also raise health risks for workers, cause electricity and air conditioning cuts, add stress for hospitals, and drive migration.

Drought, meanwhile, could affect nearly one in seven people who are expected to be employed by the agricultural sector by 2050. This would place further strain on demand for water, leading to further malnutrition and spreading infectious diseases.

Extreme daily rainfall also puts economies and people’s jobs in jeopardy, especially in the manufacturing and services sectors in industrialized countries like the US, Japan and Germany, according to the Potsdam Institute for Climate Impacts Research.

Racing to Resilience and Zero, Simultaneously 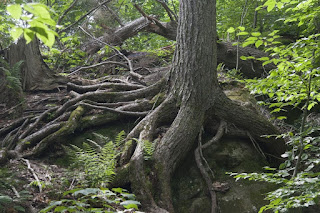 The future is scary, and we are not changing fast enough. But we are on the right track - and the exponential change we’re already seeing means that it is still within our grasp.

At the COP26 Resilience Hub, leading members of the Marrakech Partnership declared that they will drive credible, transparent and science-aligned climate targets and plans from businesses, investors, cities, states and regions through the Race to Resilience and UN-backed Race to Zero and Glasgow Financial Alliance for Net Zero (GFANZ).

The three campaigns are aligning the private sector and local governments around robust, transparent and science-based commitments to halve emissions and build resilience by 2030. This year, they are working to drive exponential changes across the highest-emitting sectors, set metrics for measuring the impact of resilience work for the most vulnerable communities and bring more businesses, investors and subnational governments into the race.

In Case You Missed It