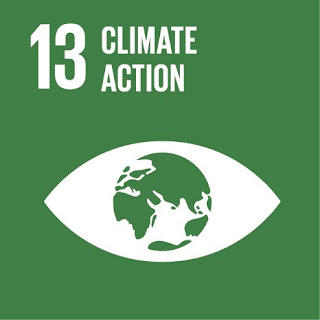 Originally published in THE HILL on the 10th of November (during COP26) - now a guest blog here by Jason West, Ph.D., is a professor of environmental sciences and engineering at the University of North Carolina at Chapel Hill. His research connects air pollution, climate change, energy and health, through computer modeling of the global atmosphere. His lab’s studies have demonstrated the global health benefits of methane emission reductions to control ozone air pollution, as well as the global air quality and health co-benefits of aggressive GHG reductions.

The UN COP26 meeting in Glasgow has so far brought successes in emission reduction pledges, but those successes are very likely insufficient to keep global warming from exceeding 1.5 or 2 degrees Celsius above preindustrial levels. But at stake is not only climate change.  In Glasgow, world leaders also have a historic opportunity to end another global crisis — the plague of fossil-fueled air pollution.

Globally, air pollution kills about 6.7 million people annually — as many as all transportation accidents, diabetes, tuberculosis, HIV, malaria, breast cancer and prostate cancer combined.  About one of every 8.5 deaths occurs prematurely because of exposure to air pollution, from heart attack, stroke, respiratory diseases and lung cancer.  We now understand well that air pollution is the most important environmental risk factor for global health, and that it impacted health in industrial regions through the 20th century, even if its full toll has not been calculated.  While the U.S. and Western Europe have already improved their air quality through regulations, India, Southeast Asia, Africa and other regions continue to worsen.

Climate change and air pollution are closely linked through fossil fuel combustion, the source of 89 percent of human CO 2 emissions and about 71 percent of global exposure to fine particles (PM2.5). Consequently, most actions to reduce greenhouse gas (GHG) emissions also reduce air pollutants. The monetized benefits of improved air quality and health are comparable to the costs of GHG reductions, or even exceed them, even without other benefits of slowing climate change.  In other words, the health benefits of cleaner air alone can justify many actions now being considered to address climate change.

Further, because air pollution benefits are realized quickly and mainly locally — whereas the benefits of slowing climate change are distributed globally and spread over decades — they can motivate countries to take action.

These regions decoupled air pollution from GHGs through their actions to achieve cleaner air — smokestack controls on power plants and large industries and tailpipe controls on motor vehicles — actions which do not decrease fossil energy use and so have little effect on GHGs.

But this picture is changing rapidly — mostly because of the falling costs of renewable energy. In the U.S. and elsewhere, old inefficient coal plants have recently closed, replaced by cheaper and cleaner natural gas or renewables — mainly because of economic drivers. With costs falling and new electricity storage technologies, intermittent renewables can feasibly provide most electricity generation and power electric vehicles. This change in cost structure is among the biggest disruptions to the energy industry of the past century.

One success of Glasgow has been the Global Methane Pledge, which will effectively slow the rate of climate change — seen as essential to keep warming from exceeding 1.5 or 2 degrees Celsius – in addition to improving air quality.  But missed in the Glasgow negotiations is the opportunity to reduce other short-lived climate pollutants including ozone precursors, and black carbon — actions that will also be important in cleaning our air and saving lives.

At COP26, the world is at a crossroads. We can improve air quality through more aggressive smokestack and tailpipe controls while continuing to burn fossil fuels. Or we can finally end our fossil fuel dependence and enact a sustainable future driven by renewable energy, achieving both clean air and a stable climate.

The world’s past inaction on climate now requires dramatic reductions in GHGs to stabilize warming at 1.5 or 2 degrees.  Meanwhile, new World Health Organization air quality guidelines affirm that even lower concentrations impact health, and over 90 percent of the world’s population — rich and poor alike — breathes air that exceeds the guidelines.  As for climate, bold action is also needed to meet these guidelines — smokestack controls alone will likely not be enough in many cities.

Both air pollution and climate change are pointing to the same solution: rapidly moving away from fossil fuels through a wave of investment in renewable energy. Doing so would end the 20th century plague of fossil-fueled air pollution through 21st-century actions to stabilize climate.  More aggressive action in the last days of the Glasgow meeting can achieve this.