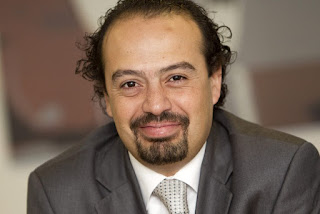 Numerous concerns are being publicly announced by various stakeholders through media commentaries such as by IIED from LDC perspective or Climate Action Network from environmental groups perspectives.

Meanwhile, as of 19 July new COVID-19 management guidelines were announced in the UK which refers that any visitors who are not vaccinated by the UK officials will be considered as non-vaccinated therefore, even those from amber list countries will have to follow a compulsory 10-day quarantine through the UK managed hotels with appropriate costs covered by the visitor.

And finally, taking into account the new COVID-19 procedures in the UK, the US government elevated the UK to Level-4 risk country and advised its citizens NOT to travel to the UK.

2- Presidency Agenda and July Ministerial: Ahead of the G20 Ministerials on 22 and 23 July, as well as COP26 Ministerial in London on 26 July, the UK COP26 Presidency released their agenda for COP26, as well as an Open letter for COP26 Ministerial. ICLEI is pleased to note that ICLEI´s COP26 Scenario released in June 2021 is highly consistent with the UK COP26 Presidency Agenda, but questions of in-person and virtual format of each of these agendas and how observers will be engaged especially at the World Climate Leaders Summit are yet to be remained clarified.

3- UNFCCC Side Event and Exhibit mergers: The UNFCCC Secretariat extended the merger process for UNFCCC managed COP26 Blue Zone Side Events (in-person, for the time being) and Exhibits (virtual) until 23 July. As of 19 July, side event applications among core LGMA members, include ICLEI-UCLG-Regions4-CEMR-B3C on 11 November, C40-GIZ on 2 November, Climate Alliance with its national branches and others on 4 November. The result of the final selection will be announced in late August 2021.

4- post2020 Biodiversity 1st Draft: The CBD Secretariat released the 1st Draft for the post2020 Global Biodiversity Framework to be adopted at COP15 in Kunming, China. The draft refers to the engagement of subnational governments, cities and other local authorities inline with the Edinburgh Declaration, which is one of the first agenda items that is well advanced to a Conference Room Paper with the least number of brackets by the May-June negotiations. Meanwhile, the 100 days-to-go mark for CBD COP15 scheduled on 11-24 October 2021 is already passed but neither the CBD Secretariat have announced any scenario note or logistical information regarding the format of the events in Kunming, China.

Various rumors are being discussed on the expectations that CBD COP15 in Kunming/China will be rather ceremonial/procedural with limited China based in-person participation to enable the handover the CBD COP Presidency from Egypt to China supported with a Heads of State Level Leaders Summit and virtual stakeholders events before and during the COP15, followed by substantive negotiations on post2020 framework to be kicked-off in Geneva in 2022.

5- MPGCA Human Settlements Action Pathway Launches on 22 and 29 July, The Marrakech Partnership for Global Climate Action Human Settlements Pathway consists of 2 subgroups; one on Built Environment co-led by UNEP on behalf of Global Alliance for Buildings and Construction, the other on Waste and Consumption co-led by ICLEI. Action Tables of each sub-group will be released on 22 and 29 July. The launch of the Waste and Consumption Action Table will be held on 22 July Thursday through a a High Level Session at 09:30 CEST and a workshop at 14:30 CEST , hosted by ICLEI through the Road-to-Malmö ICLEI World Congress 2022 Webinar Series entitled "Fostering 1.5 Degree Lifestyles with urban partnerships". Registration for both sessions can be done via the respective link.

Note from Felix Dodds: If you are interested in Climate Security the following book is a good one to read.