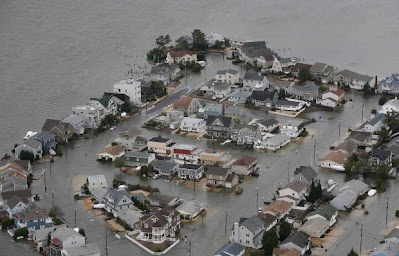 Why the Paris climate targets will be missed

While no one likes to cast doubt on the 2015 Paris Agreement—it’s like saying that the Emperor has no clothes—the grim reality is that its targets will not be met. Moreover, even if the world achieves zero net emissions, existing greenhouse gases will push global temperatures past safe levels.

Despite the international treaty, greenhouse gas emissions (GHG) have risen every year. On the current trajectory, by 2100 average global temperatures are likely to increase above preindustrial levels by a catastrophic 3°C - 4°C. Even if the latest national pledges are fully implemented, temperatures will increase by a devastating 2.4°C (Climate Action Tracker 2021).

Significant progress is being made. Renewable energies are now the cheapest options in much of the world. However, only 6 out of 46 clean energy technologies and sectors are currently on track to help hit emissions reduction targets (IEA 2020); and although many mitigation plans rely on the widespread deployment of carbon capture and storage, in 2018 there was still a 1 to 300 disparity between actual and necessary investment (WEF 2018).

Technological breakthroughs will accelerate the transition to zero net emissions. Nevertheless, the 2°C limit will still be overshot due to systemic inertia from existing greenhouse gases, warming oceans, and the decades required to replace existing infrastructure (e.g., Zhou, Zelinka, Dessler and Wang 2021). Carbon dioxide levels are already 416 ppm: to bring the Earth back into an energy balance and prevent further warming, the amount of CO2 in the atmosphere needs to be reduced to 353 ppm (Von Schuckmann et al. 2020).

All CMIP6 models suggest that the Agreement’s 1.5°C target will be breached around 2030 or 2035. Further, although all scenarios assume that temperatures can be returned to safe levels by 2100 through large-scale carbon dioxide removal (CDR), no plans have been made to develop and deploy the required CDR geoengineering technologies.

In reality the world is still many decades away from ending net greenhouse gas emissions, let alone deploying viable carbon removal technologies. These problems lead to the following logical conclusions: (a) dangerous climate target overshoot is almost inevitable; and (b) solar radiation management (SRM) geoengineering will be required to constrain temperature overshoot until greenhouse gas concentrations are stabilized at safe levels (Figure 1). However, not only are SRM technologies not ready for large-scale deployment, but they cannot be used until their risks are understood and mitigated.

Because the Paris Agreement (the only existing international treaty to restrict greenhouse gases) is unlikely to prevent dangerous climate change, humanity must now urgently develop and reach agreement on a feasible back-up strategy—a realistic “Plan B”.

Both CDR and SRM geoengineering will be needed to restore a safe, stable climate

Mitigation efforts need to focus on accelerating the global transition to a net-zero carbon emissions economy. However, climate geoengineering will also have to be deployed to prevent temperatures exceeding safe limits during the long period that it will take to transition to a clean economy, remove carbon dioxide from the atmosphere, and re-establish a safe and stable climate.

The question of whether or not humanity should engage in geoengineering is moot. The increases in global temperatures since the Industrial Revolution demonstrate humanity’s ability to geoengineer the earth’s atmosphere through the release of massive quantities of greenhouse gases. Earth’s climate must now be re-engineered toward stable conditions similar to the last 10,000 years of the Holocene, during which natural and human systems assumed their current form.

However, to remove sufficient CO2 from the atmosphere to meet the Paris targets it will be necessary to create a new carbon sink on the scale of the ocean sink. The potential capacity of many CDR measures is also constrained by available land, water, nutrients, environmental concerns and/or cost. Additionally, since CO2 would only be removed slowly, CDR methods will not have an appreciable effect on the global climate for decades.

SRM methods also have risks and drawbacks. While injecting sulphate aerosols into the stratosphere may be a rapid, effective and relatively inexpensive way to cool global temperatures, it may negatively impact photosynthesis and precipitation. Other mineral aerosols may overcome some of these problems (e.g., Oeste, de Richter, Ming, and Caillol 2017). A moderate amount of solar reduction may shave peak temperatures and produce temperature and precipitation values in all regions that are closer to the preindustrial climate (Tilmes et al. 2020).

Another risk is that the promise of cheap, quick geoengineering fixes to global warming will reduce political pressure for decarbonisation. This is a serious issue as SRM will not prevent rising levels of atmospheric CO2 from acidifying the oceans with catastrophic impacts on marine life.

Because there are still many unresolved questions about climate geoengineering, research is urgently needed on the relative feasibility, risks and costs of all potential mitigation measures. The critical problem that must be addressed is that although CDR methods are safer than SRM, they will act too slowly to prevent dangerous overshoot.

The key elements of a realistic climate strategy

While it could be dangerous to deploy untested methods that are either ineffective or do more damage than good, the consequences could be catastrophic if geoengineering was not deployed in time to prevent overshooting safe temperatures.

Opponents of climate geoengineering need to recognise that the alternative to researching and deploying geoengineering is to leave all efforts to limit temperature increases to reducing emissions, a strategy that would be almost certain to fail (Aldy and Zeckhauser 2020).

Consequently, research is urgently needed on the comparative risks of overshooting safe temperatures versus the risks of various mitigation approaches. This research should lead either to the development of a much stronger, viable Paris Agreement [i.e., “Plan A”, version 2], or an alternative, internationally agreed on “Plan B” (Figure 2).

Not moving off the current trajectory will result in a world that is unstable and dangerous for life as we know it. The following steps must be taken to prevent dangerous temperatures:

1. Because mitigation efforts under the existing Paris Agreement are unlikely to prevent dangerous climate change, priority must be given to developing an alternative strategy—a much stronger Paris Agreement and/or a “Plan B”.

2. Climate change is a risk management problem. It requires a comparative assessment of the likely risks and costs of acting or not acting to prevent undesirable impacts.

4. Even if met, the Paris Agreement targets will not result in a safe, stable climate since climate stabilization requires reducing the Earth energy imbalance to approximately zero.

5. Greater insights are needed on the necessity, feasibility, risks, costs and timelines of the full range of mitigation options.

6. Because climate overshoot cannot be prevented without large-scale geoengineering, knowledge gaps need to be urgently filled on all potential geoengineering methods. A critical issue is that although CDR methods are safer than SRM, they will act too slowly to prevent dangerous overshoot.

7. A realistic plan will need to combine three approaches: (a) rapidly reducing GHG emissions; (b) deploying CDR geoengineering to draw down atmospheric carbon; and (c) using solar geoengineering to keep temperatures within safe limits until CO2e levels have been adequately reduced.

8. A two-track approach utilising “coalitions of the willing” will allow the simultaneous application of both a strengthened Paris Agreement and a realistic “Plan B”.