Guest blog: The Greening of ExxonMobil 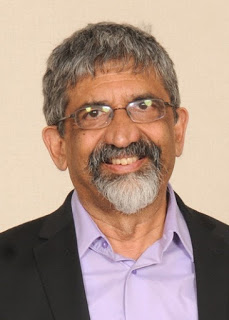 This is the story of a minority investor attempting to influence the direction of ExxonMobil to be more climate conscious while being even more profitable. Engine No. 1 (evoking childhood images of the Little Engine that Could) pulled off the improbable.  With less than 1% shareholding, they persuaded major players such as BlackRock and the California State Teachers Retirement System (a major pension fund) to go along.  Two of their slate of four nominees have been elected and another is possibly on the brink.  Management resistance had been acute; much money was spent in opposition.  This was seen as a defeat for the Chairman and CEO.

This is New York Times front page news.  ExxonMobil’s deteriorating earnings performance certainly helped the insurrection.  In a fireside chat with my economist son @justinrao, I was asked whether this would work.  Another NY Times piece opined it would not, and that 2 in 12 directors would simply not have the votes to accomplish anything.  This is simplistic thinking.  A board is not the US Senate (remember the days when senators were collegial and actually listened to opposing viewpoints; well, those days are gone).  Each member of any public board has a fiduciary duty to the shareholders.  They are on the same team.  Usually, important direction setting is given to a subcommittee to research and report on the matter.  The report is debated, and a board consensus is achieved.  If the new members command the respect of the others, and they are not too radical in their approach, change is possible.  The new members are “independent directors”.  For those not in the know, independent directors are defined as those not having a material association with the company.  Certainly not officers.  But also, not employees of the investment groups.  There are shades of gray, but independent directors are seen as not influenceable, hence the term.

All change will have to meet the conditions of duality of earnings growth and some other softer objective, in this case carbon mitigation.  These are early days in the battle for climate preservation.  Relatively low hanging fruit ought to be available.  Were I one of those new directors, I would request scenarios to be produced.  Scenarios are not predictions, they are more in the form of what-if exercises, and particularly useful when strategizing in an uncertain environment. These would be guides to at least a provisional strategic direction which yields good returns while meeting climate change objectives.  The latter would be seen as likely societal outcomes directing company behavior, not ideological.

The future will almost certainly entail reduction in oil usage, with the only debate centering on rate of change.  Certainly, both Shell and BP are betting on that outcome.  While this is a carbon mitigation direction, from a board perspective it is a demand signal needing response.  In this example, the response would be to plan on oil production reduction while investing in electricity, which will be the “fuel” displacing oil.  ExxonMobil has stated that entering the renewables arenas is contraindicated because they have no edge in that space.  I agree with this view when it comes to production of solar energy.  Not so much on wind, where they could have an edge in the emerging application of deeper water production, for which floating platforms will be needed.  This last is where they have deep expertise.  California has a sea floor that drops off precipitately.  Floating production is very likely.

Rather than participating directly in the production of renewables, they could innovate in the space of filling a critical gap in renewables: the handling of diurnality and peaks and valleys.  Germany derives 40% of its electricity from renewables.  This is an average figure.  On a given day that number could be 15% or 75%.  A recent solar bid accepted in Los Angeles had a direct solar output price of about 2.3 cents per kWh.  But the battery back up added nearly 2 cents to that.  Enabling renewables requires a storage solution.  As evidenced by the LA figure, basic solar is becoming the low-cost standard.  In my view it is headed to commodity status.  The profit will lie in solving storage.  In that area, companies such as ExxonMobil are well stocked in science and engineering talent.  Production of electrolytic hydrogen during periods of excess is one of the candidates.  So, is ammonia. Both are staples of ExxonMobil downstream operations.  They could do this more profitably than most.

My favorite renewable for oil companies to consider is geothermal energy.  It is fast reaching feasibility at scale.  It is also the only renewable of which I am aware, which is both base load scale and load following.  Load following essentially means tunable to demand.  No storage required.  Most importantly, for oil companies, the core competencies are the same as for oil production.  Furthermore, the personnel laid off due to reduction in oil production could simply be switched to geothermal.

There is profit in renewables, you simply must pick your spots.  The new directors could educate the rest on these points.  As for the CEO, sometimes a win follows a loss.  Sometimes you get thrown into the briar patch*.