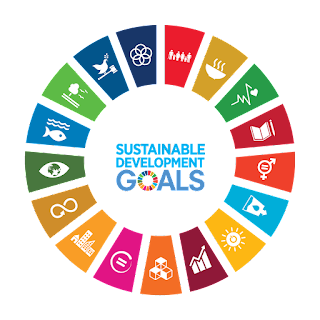 A Time for Renewal: Calling for a Strengthened Multilateral System

As former ministers of government and United Nations officials, we are deeply concerned that the institutional framework of global governance, with the United Nations at its core, must do more to provide the guidance, leadership and decisions required to ensure human safety, security and sustainable development in our interdependent world.

From climate change to human rights, gender and racial equality, and from sustainable development to international peace and security – the international community should honor its commitments to the UN’s founding Charter, Agenda 2030 and the Paris Agreement. There is a crying need for a stronger, more accountable, inclusive multilateral system that encompasses renewed intergovernmental initiatives with the full participation of civil society and key stakeholders.

COVID-19 has underscored humanity’s shared vulnerability, with disproportionate impacts on women and girls. The devastating consequences of the pandemic are felt first and foremost in the loss of human lives, but also in economic costs and deepening social inequality.

Recovery from the COVID19 pandemic and institutional retooling go hand in hand. They both call for national leadership and effective global cooperation.

Yet even before the beginning of the pandemic, multilateralism was under threat and  weakened by withdrawals from important treaties and forums, budget cuts and the failure to uphold international law.

As the international community commemorates the 75th anniversary of the United Nations, this is a time not only to celebrate past achievements, but also to take stock of the need for reforms that strengthen the Organization. We therefore call on world leaders, meeting virtually this September 21:

To recognize the need to support the indispensable role of the United Nations, while at the same time strengthen and reform the legal and institutional machinery of the UN system; and

To call for a dedicated intergovernmental process to pursue this goal in the follow-up to the UN75 Political Declaration.

There is an urgent need for an explicit recognition by global leaders that we are at a turning point and must act decisively to defend and rejuvenate multilateralism.

As we address a weakened global order, this is not a time for governments to remain idle, but rather to scale up their commitments and actions for a world that is fairer, more inclusive and sustainable. Let future generations look back on 2020 as the year when humanity, its leaders and decision makers recognized the need for a shared future of dignity, hope and prosperity for all. And let us use this 75th anniversary of the United Nations as an opportunity to inspire and speed up the actions so urgently needed to honor the principles and vision enshrined in the United Nations Charter.

Ban Ki-moon, Eighth Secretary-General of the United Nations, Deputy Chair of The Elders and member of WLA-Club de Madrid

Noeleen Heyser, former Executive Secretary of the United Nations Economic and Social Commission for Asia and the Pacific

Hina Jilani, Advocate of the Supreme Court of Pakistan, former Special Representative of the UN Secretary-General on Human Rights Defenders