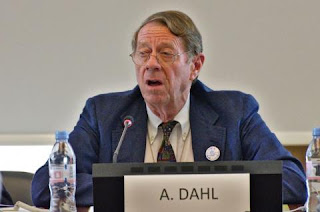 By  Arthur Lyon Dahl is President of the International Environment Forum, and a retired Deputy Assistant Executive Director of the United Nations Environment Programme (UNEP), with 50 years' international experience in environment and sustainability. He has recently been consultant to the World Bank on indicators of development, Senior Advisor to a project on values-based indicators of education for sustainable development, and Co-coordinator of the UNEP Major Groups & Stakeholders Advisory Group on International Environmental Governance.

Today multilateralism is increasingly criticized, the UN is in financial crisis as governments fail to pay what they owe, and any suggestion that the UN might be reformed would be considered by most as hopelessly unrealistic. At the same time, the existential climate crisis is accelerating, biodiversity is collapsing around the world. the threat of a global pandemic seems ever more real, the financial system burdened with debt is again teetering on the verge of collapse, increasing inequality is stretching societies to the breaking point, and the Bulletin of the Atomic Scientists has advanced the Doomsday clock to 100 seconds to midnight, the closest it has ever been to Armageddon, as nuclear states are rearming and others trying to acquire weapons of mass destruction. The need for effective global governance has never been more evident. Yet legislative, executive and judicial functions that are accepted as normal at the national level are still lacking in our planetary society. 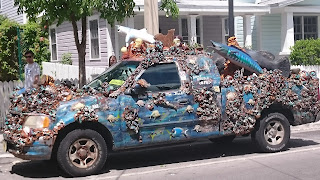 With two colleagues, economist Augusto Lopez-Claros and international jurist Maja Groff, we felt it was essential to relaunch the debate on UN reform. This meant uncovering the fatal flaws in the UN Charter and proposing the necessary corrective measures, as well as identifying the additional issues requiring global governance that were not on the agenda in 1945, for which new competencies were required. A reformed UN will need the capacity to adopt binding legislation in areas where global governance is essential, including peace and security and management of the global environment. The dysfunctional Security Council should be replaced by an Executive Council with broad management and dispute settlement responsibilities, an adequate funding mechanism, and a standing International Peace Force, while supervising balanced disarmament. The International Court of Justice will need binding jurisdiction in international disputes, reinforced by the International Criminal Court, and International Anti-corruption Court and a Human Rights Tribunal. The necessary safeguards need to be included to protect individual and national rights and responsibilities, and to ensure that global governance serves to protect the common good of all humanity and the planet.

Our initial proposals won the New Shape Prize of the Global Challenges Foundation, and we have now spelled them out in detail in our book "Global Governance and the Emergence of Global Institutions for the 21st Century", recently published by Cambridge University Press you can find it here.

The present international system founded on national sovereignty has become international anarchy in a globalized world system. Nation-states today have little control over their economy, their environment, predatory multinational corporations, or information and communications technologies reaching directly to their populations. Their sovereignty, as such, has largely eroded. Today, national autonomy and security can best be protected by effective international governance. It is urgent to reopen the debate on global governance, and to show that there are practical ways around the obstacles. Since many governments have been captured by the vested interests of the rich and powerful, and are trapped in the status quo, the momentum will have to come initially from the larger society, bringing more and more governments on board as they see it is in their own interest and that of their populations to do so. Our book discusses the various ways forward, and initial steps that can be taken now to begin the process. You are all invited to join in the debate. We can only hope that it will not take another crisis worse than the previous World Wars to push us finally to take the next step forward towards effective collective security and global governance.