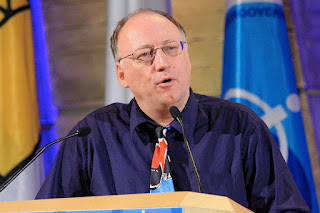 In another indication that Liberal Democrats are succeeding at recruiting accomplished candidates and expanding the party beyond the established roster of traditional political affiliations, East Midlands Liberal Democrats have announced that international policy expert and environmental advocate Felix Dodds is returning to Derbyshire to stand for the Mid-Derbyshire constituency Member of Parliament in the next general election.

A prolific author and editor, Dodds’ ability to communicate complex issues plainly and powerfully would make him a valuable asset to Lib Dems’ delegation in Parliament.

Dodds, who was born in the Derby suburb of Allestree, has spent much of the past three decades negotiating policy in the corridors of the United Nations, helping coordinate sustainable policy initiatives, and working closely with governments, businesses and activists.

He has worked on negotiations on issues ranging from plastics pollution to tourism, and from green financing to climate change. Dodds has established himself as one of only a handful of UN experts who have successfully collaborated not only with governments and UN agencies but also with the full spectrum of policy stakeholders – private businesses, trade unions, scientists, local governments and NGOs representing environmental, economic and social justice constituencies.

“Given his considerable experience in international negotiations and his expertise in specific environmental and finance issues, Felix Dodds will add valuable depth to Liberal Democrats knowledge and capabilities. He would be a welcome addition to Lib Dems’ delegation in Westminster,” says  neighbouring Amber Valley candidate Kate Smith.

“Felix’s skills will make him an invaluable partner in navigating the complicated geopolitical currents the UK faces – not only with the EU, but on the even more existential issue of climate change, which the UK will rapidly need to address soon after Brexit is resolved.” 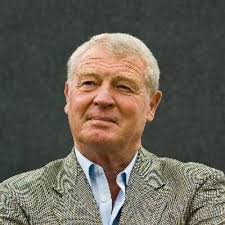 Paddy Ashdown, the much-loved former Liberal Democrat leader (and former High Representative for Bosnia and Herzegovina) who passed away last year had worked with Dodds. He then said: “Felix has been a key advisor to me on environmental matters and I have valued his assistance, knowledge and campaigning skill.”

“I have known Felix for over thirty years. He has always been campaigning on the critical environmental and sustainable development issues of the time. He has worked at the local level developing local sustainability plans and local sustainable development indicators. He has worked at the national level on issues such as acid rain, and internationally on climate change and how to make our cities and towns more sustainable.
I consider that he would bring to the position of MP for Mid Derbyshire a real understanding of the critical challenges we are facing and, more importantly, what some of the solutions could be for the local area.”

If you want to help in the election do contact me.