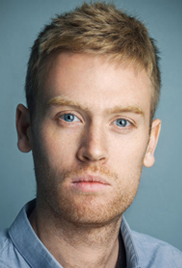 Guest blog by Nick O'Connor of Exponential Investor subscribe here
Nick O'Connor is the publisher of Southbank Investment Research, one of Britain's leading publishers of independent financial advice and alternative ideas. Southbank Investment Research is one of The Agora Companies, a global network of private publishing companies with roots going back to 1978.After becoming Associate Publisher in 2015, Nick was instrumental in exposing the state’s plans to abolish cash – publishing The War on Cash with Tim Price, and personally bringing a petition with more than 10,000 signatures to Parliament.


Here’s a prediction for you: Greta Thunberg is creating three of the world’s most important future trends. Simultaneously. And largely without meaning to.

Trend one, her movement will (intentionally) create the world’s first mainstream global political movement. A cross-border political party. The kids skipping school today will make up its voter base. They’ll probably have time on their hands, too, since they decided activism beats education.

Trend two, this cross-border party – or perhaps union is a better term, or grand alliance – will bring about the first “world taxes”. That is, taxes applied directly to the people universally, to pay for a global initiative. Carbon taxes, most likely.

Trend three, this movement will help bring about the biggest stockmarket bubble ever seen – in green energy, technology and transportation. 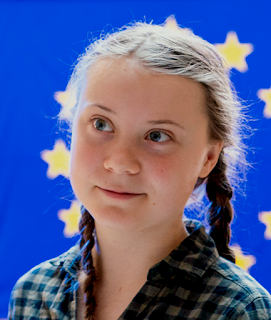 That’s all ahead of us. I think it will play out in the next decade. But it’s starting right now, as you read this. Today I want to try and show you why, focusing mostly on that last point – since money is our beat here at Southbank Investment Research.

I think Greta Thunberg is the person the climate change movement has always needed. I don’t necessarily mean that as a positive thing. But you cannot argue she’s been effective.

Why is that? I can only offer you my speculations. I think the climate change movement made a huge mistake for years. It advanced long-term, doom-laden and entirely rational arguments. As anyone who has worked in advertising will tell you, rational arguments are useless because people make decisions emotionally, then justify them rationally. I don’t think scientifically minded people understand this.

Thunberg has made the issue emotional. In fact, she’s turned it into one big performance. Throw rationality out of the window. What she’s asking for is the complete destruction of the system of living upon which the entire world is built. She may get her way. She might be doing it for the “right” reasons. But that’s what she’s asking for.
You may be interested in

But never mind that! She’s doing it emotionally. That’s why it’s effective.

On top of that you can layer two other key trends that have helped propel her and her message on to the world stage. The first is identity politics. Thunberg is the perfect messenger. She’s a young girl with autism. This does make her somewhat difficult to argue with or debate, because of how the power dynamics look.

Older white male statesman lectures young child. It doesn’t look good, does it? Her very identity is a challenge. Go one, argue with her – see how it plays out.

Over that you can layer outrage culture. She’s a perfect symbol of this. Outrage is emotional. It isn’t rational. That’s why it spreads so effectively. Transmitting outrage is easy. People want to feel outraged!

These three things have largely (in my view) helped her mobilise the “activist class”. That’s what we’re seeing now. I don’t think it’s anything to do with the science, or that we’ve reached a climate tipping point. It’s just the message has met the perfect messenger.

I do think we’ve hit a tipping point in terms of this movement beginning to shape politics, financial markets and society at large, though.

For instance, it is claimed that 170,000 people in New Zealand joined the extinction rebellion protest last week. This figure is significant because, if accurate, it represents 3.5% of the population of New Zealand. This is seen as a threshold beyond which a movement “tips” and becomes mainstream.

In Britain that figure would be 2 million. I don’t think we’re there yet. But – for the reasons outlined above – I think we’ll get there.

Though sometimes the world – or the markets – do the activism for you. That would be my counter argument to all the outrage. You don’t need to spray fake blood out of a fire engine to “fight” climate change.

If anything, you should try and get a job for a company working on green technology and try to change the world that way. Who knows, maybe Thunberg will find herself a job as a fundraiser for a green tech startup. She’d be effective. But I doubt it. It’s easier to be angry than useful.

How can “the world” do the activism for you? Look to California this week for answers. The state is preparing for a huge forced blackout to prevent wildfires. Extremely high winds are forecast. This creates a risk of fires spreading. Therefore electricity firm PG&E Corp has chosen to switch off the electricity to nearly a million people for an extended period of time.

I have a feeling that might end up being a better way of mobilising new activists than anything we’ve seen so far. Especially since it’ll happen within spitting distance of Silicon Valley, where our internet overlords reside.

Perhaps this is the start. Perhaps the old power systems – including the grid – will start failing at precisely the time Thunberg’s movement hits critical mass. I can see that happening. And so the movement to spend enormous amounts of public money “upgrading” the grid will become unbearable.

That creates your bubble. And I think it’ll be a big one. I don’t know where the money will come from. Probably a combination of carbon taxes (for the optics) and the printing press. But it’s a bubble that’ll send green stocks flying. I think it’s worth having a little capital positioned ahead of that. If I’m right, you’ll be glad.

In fact, barely a week goes by without James locking on to some interesting new green trend. He loves telling me about his electric car. And just this week a new e-bike arrived in the office, to help him with his commute. Though as I pointed out, he’s using electricity to do something his legs are capable of accomplishing on their own. Never mind.

I’ve been working with James on a new report focusing on how Britain’s economy (and stockmarket) will change as the green bubble takes off. It’s quite compelling stuff. When it’s ready to publish, you’ll be the first to know…
Follow  Nick O’Connor Publisher, Exponential Investor