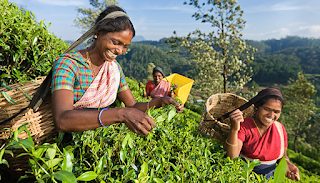 Guest blog by: Maria Jose Romero is policy and advocacy manager at the European Network on Debt and Development (Eurodad)

This was originally published on Public Finance International.

The goal of private companies taking on public services is not the empowerment of women but delivering for their shareholders, says Eurodad's Maria Jose Romero.

Public-private partnerships are being actively promoted by donor governments and international financial institutions as a mechanism to fund social services and infrastructure projects around the world.

PPPs are agreements where private sector companies replace the state as providers of traditional public services and infrastructure, such as health and education, transport, energy, and water and sanitation.
With today being International Women’s Day and the next session of the UN Commission on the Status of Women fast approaching, now is the time to unpack how PPPs impact gender equality and women’s rights.
Indeed, the risks and consequences associated with PPPs can undermine the achievement of governments’ commitments under Agenda 2030 to deliver the Sustainable Development Goals, including gender equality and the fulfilment of women’s rights.
Access to public services is one of the topics the United Nation’s 63rd CSW session will discuss.
This is crucial, given that as a result of discrimination, women generally have lower incomes and less access to resources than men. They are therefore in more need of affordable public goods and services, while their socially defined roles as caregivers further increases women’s reliance on public service provision.
Importantly, a growing number of studies – including research by the IMF, academicsand civil society organisations – challenge the capacity of PPPs to deliver on the SDGs.
This week, three civil society networks, Eurodad, the Gender & Development Network and FEMNET, added their perspective by releasing the briefing ‘Can public-private partnerships deliver gender equality?’, which indicates that PPPs may actually exacerbate gender inequality in three ways:
1. PPPs are a costly, risky and inefficient way of delivering infrastructure and social services
PPPs’ high cost to governments, and thus to citizens, compared to public provision of services is mind-boggling: the more governments pay to private firms, the less they can spend on essential and gender responsive social services that are vital to realising women’s rights.
Additionally, PPPs are risky. Should the private sector company somehow fail, and this is not rare, the government often has to bail it out, which reduces the resources necessary for the achievement of gender equality.
Efficiency gains are not always that clear-cut and depend on factors such as the project itself and the type of rules and governance in a country.
Even where efficiency gains are made, they often come at a cost – for example, as a result of lack of investment by the private sector partner or by lowering costs through job cuts in sectors where they are predominantly held by women.
2. Private providers often fail to meet social goals
There is an inherent contradiction between the quest for profits and the need to deliver social goals. In 2018, the UN Special Rapporteur on extreme poverty and human rights, Philip Alston, warned that when services are provided by the private sector, decisions about the needs and capacities of individuals are often made within corporate frameworks that do not adhere to human rights.
PPP projects have to be commercially viable or private companies will not sign up to them. In pursuit of profit, private sector companies are attracted to the communities that are the easiest to serve, so investment tends to be skewed towards middle- and upper-class districts where people with higher purchasing power live. This leaves the public sector to deal with the provision of services to low-income groups, among whom women are disproportionately represented.
Moreover, holding private sector companies to account for meeting social goals is challenging. Governments face great difficulties in identifying the ownership of many corporations, which is important when monitoring whether they are paying their share of taxes. Tax dodging practices by multinational corporations have a disproportionately negative impact on women, who suffer the most when national authorities are deprived of tax revenues that are needed to fund vital social services.
Furthermore, private sector companies will always be accountable to their shareholders rather than to citizens. This means they will never prioritise social goals or communities’ needs and priorities in the same way that the state must, as a result of legal obligations to meet the needs of all citizens under the Universal Declaration of Rights and other UN conventions. Supporting PPPs can therefore undermine human rights commitments.
3. Decent work for women is not a priority
The pursuit of profit limits the provision of ‘decent work’ for women within PPP projects. Private sector companies reduce wages and cut jobs where possible, frequently taking advantage of the flexibility and low wages of women workers, rather than providing decent work with good conditions and wages. In Pakistan, Oxfam reports that low salaries are combined with the pressure of getting high scores in quality tests, and a lack of training opportunities, which means that female teachers in PPP schools are disempowered.
With this in mind, a much more evidence-based approach to the way in which social services and infrastructure are financed is required. As argued in the briefing, international financial institutions and their member governments should stop the ideologically driven promotion of PPPs.
The financing mechanisms chosen to deliver social services and infrastructure should be assessed for their ability to ensure cost-effectiveness, accessibility and quality services that improve gender equality.  To ensure governments have a genuine choice in finding the best financing mechanism for these social services, governments should prioritise progressive taxation at the national and international level, curb tax dodging, and provide long-term concessional finance through soft loans.
We must not forget that states are responsible for meeting international commitments and obligations on gender equality and women’s rights, including through the provision of public services that advance gender equality. This role cannot be transferred to private corporations.
International financial institutions and governments should work to advance the achievement of the SDGs, and not to undermine it.
Eurodad Maria Jose Romero PPP Gender Public Finance International