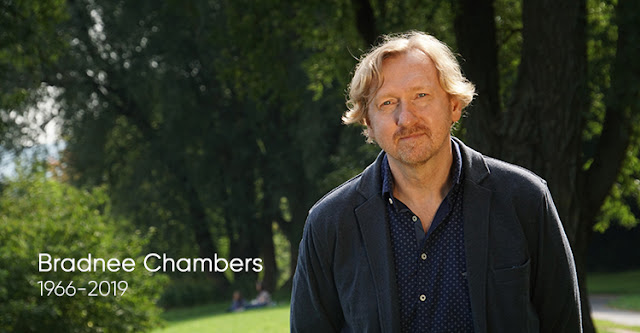 I, as I am sure many others in the environment and sustainable development world, were shocked to hear about the death of Bradnee Chambers.

He was until his death the  Executive Secretary of the Convention on migratory Species (CMS) and I am reproducing their notice below.

As it says he played a significant role in helping to move the biodiversity conventions closer together. This follows up the work I knew him doing at UNEP  on clustering conventions.

For those who were not involved with the environmental governance process in the lead up to Rio+20 I wanted to share my experience of working with Bradnee.

He had at that time been the Senior Legal Officer and Chief of the Law and Governance Branch of UNEP and as head of the Environmental Governance Strategic Team working for Achim Steiner Executive Director of UNEP.

There were lots of meetings in the run up to Rio+20 which Bradnee contributed to and the final result of  'The Future We Want that' was a major step forward for upgrading and strengthening UNEP. This included transforming UNEP's Governing Council into a universal body called the United Nations Environmental Assembly, increasing its regular budget, and strengthening UNEP's institutional base in the United Nations.

None of this really captures the person who was fun to work with and fun to explore new ideas with. We will miss him and his insights very much. Thank you Bradnee for your contribution... 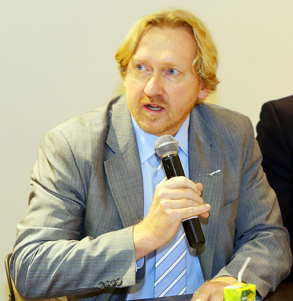 Bonn, 23 January 2019 – the CMS Secretariat is deeply sad to announce that the Executive Secretary, Dr. Bradnee Chambers passed away this morning in his native Canada after a short illness.
This is a tragic loss for CMS and the United Nations. Bradnee became Executive Secretary of CMS in 2013 and led the Convention through the Conferences of the Parties in Quito in 2014 (COP11) and Manila in 2017 (COP12).  Under his leadership, CMS progressed to becoming a stronger Convention with a significantly higher number of Parties. Bradnee was instrumental in the instigation of a review mechanism to facilitate better implementation of the Convention and a stronger cooperation of CMS with other biodiversity Conventions. He was aiming to ensure that the CMS Family was supportive of and recognized within the Post-2020 Biodiversity Framework and envisaged CMS COP13 as a milestone in achieving this target.
Bradnee dedicated his entire academic and professional life to advancing environmental issues. He was convinced that global environmental problems must be addressed through stronger international environmental law and governance – a conviction that guided his work throughout his career.
Before joining CMS as Executive Secretary, Bradnee worked at the Transnational Cooperation Division of UNCTAD in Geneva from 1994-1995.
Bradnee served in several capacities at the United Nations University Institute of Advanced Studies, including Acting Deputy from 1996 to 2008. He started the Institute’s programme on Sustainable Development Governance and on Environmental Diplomacy and initiated negotiation training courses on climate change and the World Trade Organisation ministerials. He also launched the Junior Professional Fellowship and Post-Doctoral Fellowship programme.
From 2008 to 2013 he headed the Law and Governance Branch of the Division for Environmental Law and Conventions at UN Environment’s Nairobi headquarters. From 2010 to 2013 Bradnee led the UNEP Secretariat in the Nairobi-Helsinki Ministerial Process that resulted in the significant strengthening and upgrading of UNEP at the Rio+20 Conference (The Future We Want). This included transforming UNEP's Governing Council into a universal body called the United Nations Environmental Assembly.
Bradnee wrote numerous books and articles on reforming international environmental governance, including his book Interlinkages and the Effectiveness of Multilateral Environmental Agreements. Bradnee contributed to the Millennium Ecosystem Assessment and the Global Environment Outlook 4. He was a part of the academic community, and a senior lecturer and visiting professor at various universities in Japan.
Bradnee will be remembered dearly by all of his colleagues here in Bonn. He was a strong leader with a clear vision; a kind and cheerful manager who always kept his door open to all staff; and a generous and warm-hearted colleague.
Bradnee is survived by his daughter Ena.  His wife Elisa died in 2017 shortly before COP12.  The fortitude Bradnee showed in Manila shortly after this tragic loss was exemplary.
Our thoughts and condolences go to his family and friends. Please transmit your messages of condolence to Bradnee’s family at condolences.cms@cms.int or write your message in the publicly accessible memory wall.
Bradnee Chambers