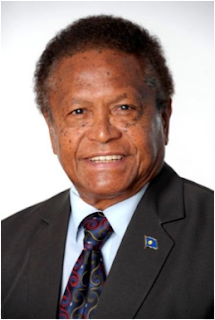 It is sad to report that Dr Caleb Otto the former Ambassador for the Republic of Palau is no longer with us.

The Permanent Mission of the Republic of Palau to the United Nations has asked people to send their condolences and remembrances in the form of written notes and/or photos via email inmemoryofotto@gmail.com by November 7th. They will then by included in a condolence book A Memorial for Dr. Caleb Otto.

Otto was a charter member of the Rotary Club of Palau and Board member of the Palau National Olympic Committee as well as the Palau Conservation Society. He is also a Founder of the Coalition for a Tobacco-Free Palau. In the international policy arena, he was the negotiator representing Palau on the Framework Convention on Tobacco Control for which he received the WHO Director-General Award in 2003.
He championed the ratification of the Convention on the Rights of the Child in Palau and was the lead author of the first report of its implementation, which he presented before the Committee on the Rights of the Child in Geneva in 1998.
He advocated for human rights including the work on the Implementation of the Code of Marketing of Breastmilk Substitutes as the means to ensure the rights of infants to breastmilk – the best food for them, work on Rights of Persons with Disability, Women’s rights under CEDAW and rights of the Indigenous People, including protection of traditional and cultural heritage.


At the United Nations, he worked tirelessly on environmental matters including addressing the issues of climate change, promoting and protecting the health of oceans and seas, formulation of strategies for conservation and protection of biodiversity. 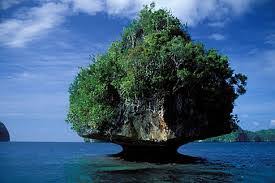 It was during the Open Working Group on the Sustainable Development that i got to work with the Ambassador. He led the efforts to include mental health and wellbeing in the targets under the goal of health and advocated for availability and access to water as a matter of human rights. He also advocated strongly for a stand-alone goal on peaceful and stable society, grounded on tolerance, acceptance, and understanding, as an important component of a firm foundation for sustainable development.

After leaving the UN he was Copenhaver Scholars in Residence at Roanoke College where I had the pleasure this year to come and give a talk at one of his events and spend an evening with him and his wife Judy. He then came to the UNC Nexus Conference in April and chaired a session. As he left we hoped to keep in contact and I was looking forward to that very much.

"When he shall die take him and cut him out into stars and he shall make the face of heaven so fine that all the world will be in love with night and pay no worship to the garish sun."