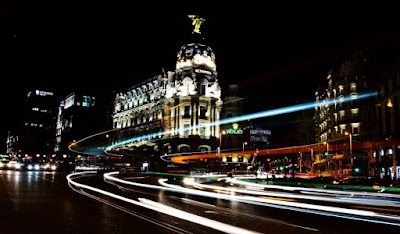 By Fernando Prieto and Carlos Alfonso are members of The Sustainability Observatory (Observatorio de la Sostenibilidad).
There are indicators that not only is the country in bad shape, but getting worse.An example of which is the rising number of an increasingly impoverished workforce, or temporary contracts going against labor norms.

It could be due to the cool and perky logo, but the Objetivos de Desarrollo  Sostenible (Sustainable Growth Objectives) is creating interest in public administrations, companies, NGOs and even political parties. Presented here are ways of trying to measure sustainability, taking into account dynamic aspects found within four areas of analytical studies considered essential: persons (social aspect), the ecology (environment), the economy, and solidarity (governance). While it is a fact that a large part of these objectives are completely interrelated and some even obtaining high scores, the objective is to get good scores in each and every aspect, not leaving one part behind. It is for this reason that these four indicators give a more accurate view of a country’s progress which, for example, is better than GDP or other artificial indicators.
The most refined tools to measure progress in various countries are used by the UN, of course, but beyond this, these tools are the fruits of a large scientific consensus that take into account variables to measure populations’ actual state of well-being, health trends and, therefore, the degree in which policies carry out laws that lead to social progress, the reduction of social inequality, the struggle against climate change, and last but not least the conservation and efficient use of the environment’s resources. What is also taken into account are the principal threats to human life that we have this present day: climate change, extreme poverty, drought, decreasing biodiversity, etc. Also noted are ways of carrying out policies dealing with equality, tolerance, the protection of children and minors, and women’s rights and freedom.
The UN published its yearly report on the 27th of June based on these 17 Sustainable Growth Objective factors.The results highlight clear progress at the start of the century: a 35% decrease in infant mortality rate in Africa, and a 50% mortality rate decrease in children under five.In southern Asia, the risks of forced marriages on young girls decreased by more than 40%. In developing countries, people with access to electricity has more than doubled.In our planet, workforce productivity has increased and, in turn, has seen a decrease in unemployment.More than 100 countries count on sustainable production and consumption initiatives and policies.
Problems are not solved with big announcements or lecturing on human principles
The report, however, shows that, in some areas, there is insufficient progress made when it comes to fulfilling the goals set by Agenda 2030. This is especially true in the case of marginalized and disadvantaged groups: the young are three times more likely to be unemployed compared to adults, and less than half of all children and adolescents get to half of the minimum level necessary in reading and mathematics.In 2015, there were 2.3 billion persons that did not have the basic human sanitary standards to live adequately and 892 million persons still had to excuse themselves in the middle of mother nature. Close to a billion people in rural areas live are without electricity. In sub-Saharan Africa, HIV cases among women of child rearing age is 10 times greater than the global average. On a final note, nine out of 10 city-dwelling persons breathe toxic air.
Furthermore, albeit some forms of discrimination against women and girls are decreasing, gender inequality keeps women behind that deprives them of their basic rights and opportunities.Global conflicts, climate change and other growing inequalities add to their new challenges. After a prolonged decrease, the number of undernourished persons went up to 777 million in 2015 and to 815 million in 2016, owing to, in large part, to geopolitical conflicts, droughts, and natural disasters related to climate change. The 2017 hurricane season in the north Atlantic was the most costly in history, and the average global temperature in the last five years registered at its highest since data started to be gathered.
For its part, the Sustainability Observatory has, for the third year, issued an annual report (#ODS18) about the state and trends with regards to sustainability in Spain in 2018. Using the latest data, the report analyzes the progress as much as the challenges in fulfilling the 17 objectives.
THE END OF POVERTY
ZERO HUNGER
HEALTH AND WELL BEING
QUALITY OF EDUCATION
EQUAL RIGHTS FOR MEN AND WOMEN
CLEAN WATER AND HYGENE
AFFORDABLE AND CLEAN ENERGY
DECENT JOBS AND ECONOMIC GROWTH
INDUSTRY, INNOVATION AND INFRASTRUCTURE
REDUCING INEQUALITY
SUSTAINABLE CITIES AND COMMUNITIES
RESPONSIBLE PRODUCTION AND CONSUMPTION
CLIMATE ACTION
UNDERWATER ECOLOGY AND LIFE
LAND BASED ECOSYSTEM
PEACE, JUSTICE AND SOUND INSTITUTIONS
PARTNERSHIPS AND ALLIANCES TO FULFILL OBJECTIVES

On a human level, Spain has continued with its dismal results in the Sustainable Growth Objectives scale, particularly in terms of social justice and living conditions.Social indicators are intricately linked,and factors such as poverty, unemployment, the inability to purchase a home, or inequality point to this same problem. The evolution of these aforementioned indicators is unsatisfactory.
The table showing the trends illustrate slight positive progress in only three of the 17 objectives, specifically: Number two (Zero Hunger, Healthy diet, Ecological agriculture); Number 11 (making cities and places with human concentrations inclusive, safe, resilient and sustainable); and Number 12 (guarantee methods of sustainable production and consumption). The biggest problems are found in objectives related to water, with respect to inequality, and action to save the climate, such as that in Number 17 (sow alliances to fulfill the Objectives).
One has to remember that in 2017, there were serious problems in terms of access to water, caused mainly by the drought and the lack of smart management vis-à-vis this scarce resource. Inequality kept growing as much in the GINI index as well as in the other indices, making this shameful situation an old-time Spanish classic. Furthermore, in terms of climate change objectives, the report brings to light an increase of 4.5% in CO2 emissions, and 10% of this attributed to the large energy and industrial companies.As far as the SDG 17 is concerned (The 17 Sustainable Growth Objectives), there has been a notable decrease given to Spain in terms of foreign aid.

Not only can we see the big problems that we have in some indices, in which we are in bad shape, but also the fact that we are either headed for worse, or have no plans to make good. For example: we continue witnessing problems among people who, despite being employed, are still living in poverty.Additionally, there is a high rate of unwanted part-time employment that affects women more than men, likewise in terms of unwanted impermanent job contracts.
There is still a long way to go. Problems are not solved with grand speeches or declarations, nor big lectures on human principles. It seems evident that, through various responsibilities, through companies large and small, in all levels of government administrations, the NGOs, and we the people, should all work together to solve these grave shortcomings that we still have in order to achieve a more sustainable future.
In the words of Antonio Guterres, the UN Secretary General: “The rate of global progress is not keeping in line with the Agenda in order to stay within its objectives; it is necessary that countries and all parties interested, at all levels, take immediate and accelerated measures. (…) With only 12 years to go until 2030, we need to propel ourselves into urgency. Fulfilling Agenda 2030 requires immediate measures that are sped up by countries, as much as collaborative partnerships between governments, and interested parties at all levels. This ambitious Agenda needs a profound change that goes above and beyond business as usual.”