WHAT DOES THIS MEAN FOR THE SDGs IMPLEMENTATION?
There is a lot of discussion about the role of PPPs being used to advance the implementation of the SDGs. This report should inform that discussion and the need for a set of Principles and Guidelines to be developed by the UN Finance for Development Forum for the promotion of the use of PPPs for implementing the SDGs. The work of UNECE in this area is a first step but it needs to be a system wide approach. How can it be that the same governments that are supporting the development of Principles for PPPs in the UNECE are opposing the development of them at the UN in New York?
ABOUT THE AUDIT
The ECA assessed whether EU-funded Public Private Partnerships (PPP) projects had been effectively managed and provided adequate value for money, account being taken of the trend towards more intensively leveraging public funds with private finance through PPPs.
The auditors assessed 12 EU co-financed PPPs in France, Greece, Ireland and Spain in the fields of road transport and information and communication technology, with a total project cost of €9.6 billion and an EU contribution of €2.2 billion.
The report is expected to point to widespread shortcomings and limited benefits, having impact on the efficiency and effectiveness of spending, as well as the risks to value for money and transparency. The auditors are expected to make a range of recommendations to the Commission and the Member States, including on financial impact of delays and the cost borne by the public partner. 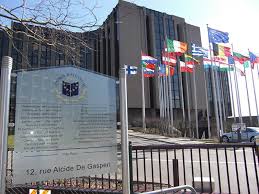 ABOUT THE TOPIC
PPPs are long term contractual arrangements between the government and a private partner. They can be designed to achieve a wide array of objectives in various sectors, such as transport, social housing and healthcare, and can be structured under different approaches.
Since the 1990s, 1749 PPPs worth a total of €336 billion have been implemented in the EU. These have been mainly in the field of transport, which in 2016 accounted for one-third of the entire year’s investment, ahead of healthcare and education.
Between 2000 and 2014, the EU provided €5.6 billion for 84 PPPs, with a total project cost of €29.2 billion. The main EU source of PPP funding were Structural and Cohesion Funds grants. Since 2015, PPP projects have also been funded under the EFSI.
THE RESULTS -ECA Press Release
EU co-financed Public Private Partnerships (PPPs) cannot be regarded as an economically viable option for delivering public infrastructure, according to a new report from the European Court of Auditors.
The PPPs audited suffered from widespread shortcomings and limited benefits, resulting in €1.5 billion of inefficient and ineffective spending. In addition, value for money and transparency were widely undermined in particular by unclear policy and strategy, inadequate analysis, off-balance-sheet recording of PPPs and unbalanced risk-sharing arrangements.
Between 2000 and 2014, the EU provided €5.6 billion for 84 PPPs, with a total project cost of €29.2 billion. The auditors assessed 12 EU co-financed PPPs in France, Greece, Ireland and Spain in the areas of road transport and information and communication technology (ICT), with a total cost of €9.6 billion and an EU contribution of €2.2 billion. Overall, they found that PPPs allowed public authorities to procure large-scale infrastructure through a single procedure, but these increased the risk of insufficient competition and therefore put the contracting authorities in a weaker negotiating position.
Moreover, the majority of PPPs audited were subject to considerable inefficiencies during their construction, with seven of the nine completed projects – corresponding to €7.8 billion – project cost incurring delays of up to 52 months and major cost increases.
“Almost €1.5 billion extra in public funds was needed to complete the five motorways audited in Greece and Spain. Some 30 % of this (€422 million) was provided by the EU”, said Oskar Herics, the Member of the European Court of Auditors responsible for the report. “This was spent ineffectively in terms of achieving the potential economic benefits.”
In Greece (by far the largest recipient of EU contributions, with €3.3 billion or 59 % of the total), the cost per kilometre of the three motorways examined rose sharply by up to 69 %, while the scale of these projects was considerably reduced by as much as 55 %. The main reasons for this ineffective spending were that financial gaps caused by the renegotiation of PPP contracts had to be covered, projects were poorly prepared by public partners and, most crucially, contracts with private concessionaires were signed before relevant issues had been solved.
The auditors found that prior analyses had been based on overly optimistic scenarios. As a result, actual usage was as much as 69 % lower than forecast in ICT (in Ireland) and 35 % for motorways (in Spain). For most of the projects examined, PPPs had been chosen without any prior comparative analysis of alternatives, thus failing to demonstrate that it was maximising value for money and protect the public interest.
Risk allocation between public and private partners was often inappropriate, incoherent and ineffective, while high remuneration rates (up to 14 %) on the private partner’s risk capital did not always reflect the low risks borne. On top of that, most of the six audited ICT projects were not easily compatible with long contract durations as they were subject to rapid technological change.
PPP funding entails additional requirements and uncertainties, say the auditors. The possibility of recording PPPs as off-balance-sheet items was an important consideration. Five out of the 12 PPP projects assessed, with a total cost of €7.9 billion, were initially recorded off-balance-sheet. This practice increases the risk of negative side effects.
Adequate suitable institutional and legal frameworks and considerable administrative capacity to implement successful PPPs are currently available only in a limited number of EU Member States. The Member States visited have not developed a clear policy or strategy for using PPPs, This situation does not match the EU’s aim of implement greater share of EU funds through blended projects, including PPPs.
The auditors make a range of recommendations, to both the Commission and the Member States; in
particular, they should: