Skip to main content
January 30, 2018
New book just out in paperback and kindle: Power to the People: Confessions of a Young Liberal Activist 1975-1987 by Felix Dodds 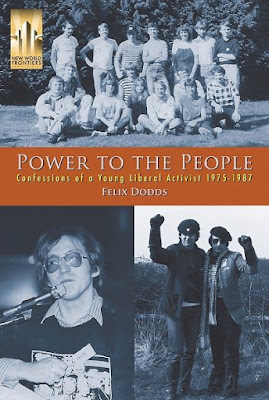 This book was released in a parallel universe before being released in this one.
To help the reader I would like to share comments from leading figures in that parallel universe.
“I told everyone Felix was going to be trouble and see he was! If he and the Young Liberals hadn’t stopped me at the Eastbourne Defence debate I’d have been Prime Minister!!! Well maybe David (Owen) would have been Prime Minister but I’d have shone his shoes EVERY day. I miss David (Owen) very much.” David Steel (former leader of the Liberal Party 1976-1988)
“We should have given Felix that job at Social Democrat Party Headquarters instead of Danny” Dr. Death (otherwise known as David Owen leader of the Social Democrat Party 1983-1987)
“It will be my birthday on Tuesday. Last year, I reached the painful conclusion that there wasn't enough time left to read every book ever written. This year, my gloomy realisation is even more painful - I will not be able to correct everyone's mistakes before I depart. But with this book, I'll make an exception.” Daniel Finkelstein (Danny) former Chair of the Young Social Democrats and political adviser to the former Leader of the Opposition William Hague
“We love Felix!! He is amazing. We buy all of his books – and so should you!” Liberator (Liberal Democrat Party radical magazine)
“Not everybody is comfortable with the idea that politics is a guilty addiction, but it is. I think this book shows that there is no such thing as paranoia. Your worst fears can come true at any moment.”  Dr. Hunter S. Thompson (gonzo journalist and President of the Young Liberals)
“If you thought this book was frightening wait until Dodds writes the one about his time around the United Nations!!” Michael Strauss (Executive Director of Earth Media)

New book just out: Power to the People: Confessions of a Young Liberal Activist 1975-1987 by Felix Dodds

“I wrote this book to enable this generation of young people to realize that they too can have an impact on party politics and the world we live in. I hope they find parts of the book inspiring and others humorous. We tried to have fun and some of our actions turned out to be funnier than they were first intended to be!!”  Felix Dodds

This is Felix Dodds fourteenth book and his second on UK politics. His first was in 1988 “Into the Twenty-First Century: An Agenda for Political Realignment” it is still a relevant book to today’s political discourse and represented the vision that a group of young liberals had been advocating in the 1980s. 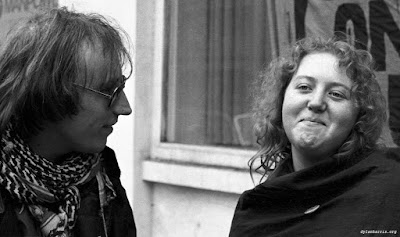 The National League of Young Liberals (NLYL) in the UK have been at forefront of many of the key issues of the day whether it has been the war in Vietnam, civil rights in Ireland, Anti-Apartheid, Anti-Nazi, LGBT, opposing the war in Iraqi, green issues, Europe or enhancing our democracy. It has had two particularly impactful periods that of the Red Guard from 1966 to 1974 led in particular by an exiled South African Peter Hain (later to become a Labour Party Cabinet Minister), Louis Eaks (later to edit the Tribune), Hilary Wainwright (later to be editor of Red Pepper magazine, David Penhaligon MP Liberal Party President, Baron Tony Greaves and Bernard Greaves.

Then there was the Green Guard 1982 to 1988 this book chronicles the contribution of the Green Guard and its links back to the Red Guard.
In a similar way to the Red Guard the party leadership did not at first embrace the new ideas but over time the young liberals persuaded the party to adopt key policies which time has shown were the correct ones. Its first public outing was the NLYL manifesto and the attack on the Liberal/SDP Alliance manifesto in 1983 election. It said:
"it offers no radical vision for young people and little evidence of Liberal policies on Northern Ireland, the environment and other issues YLs had fought to be adopted." 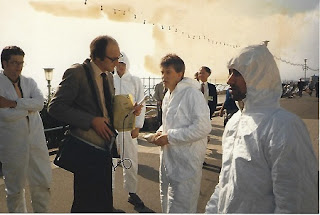 This book is aimed at young people interested in politics. It shows how Margaret Mead's insightful quote, "Never doubt that a small group of thoughtful, committed citizens can change the world. Indeed, it is the only thing that ever has” is true. You don’t have to be a liberal to enjoy the book - the book shows both the successes and our failures and how lessons were learned from them.
The Green Guard was a collection of young people dedicated to trying to make the world a better place. They pushed the party on environment and development issues and civil rights whether in Ireland, South Africa, Soviet Union and Eastern Europe or wherever it saw discrimination. 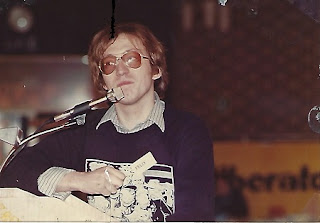 After their time as members of the Green Guard, many continued to play roles in the political landscape. Some went to become MPs or Baronesses such as Martin Horwood, Adrian Sanders and Baroness Grender others went into journalism such as Mike Harskin (Liberal News Editor), Edward Lucas (Economist), Stephen Grey (Reuters), Carina Trimingham (Sky News), David Campanale (BBC) and others into NGOs or Academia, Andrew Reynolds (University of North Carolina author on LGBT, and Elections) and the author (University of North Carolina Executive Director of Stakeholder Forum for a Sustainable Future [1992-2012]).

"In his racy, well-written and thought-provoking memoir, Power To The People - Confessions of a Young Liberal activist 1975-1987, Felix Dodds provides an insightful sketch of the politics of those years and how the Young Liberals interacted among themselves, with the Party leadership, and how they responded to events. We also learn a lot about Felix himself - not least his sometimes mischievous sense of humour – and about the clever band of young men and women who brought an untarnished, refreshing, idealism and energy into the heart of political life. Some of them, like the late Mike Harskin, became an indispensable part of the Chief Whip’s engine room. Others have gone on to make remarkable contributions in many walks of life. Having cut my own teeth as a schoolboy chairman of the local branch of Young Liberals; as a student Liberal activist; a Federation Chair during Peter Hain’s time as National Chair; a Liverpool City Councillor at 21; National President of the Young Liberals in the 70s and MP and Chief Whip in the 80s, Felix’s narrative inevitably stirs many memories – but you don’t have to have been intimately involved in those times and events to learn something useful from this account. In paraphrasing Samuel Ullman, Robert Kennedy once remarked that “youth is not a time of life, it’s a temper of the will, a quality of the imagination”. Perhaps this memoir is also meant to remind us never to stop trying to see things through younger eyes nor to dismiss people or their ideas because they are young. And ultimately, this memoir is all about passing on the baton – and a belief in the extraordinary privilege of living in a democratic and free society." -
Lord David Alton of Liverpool Professor the Lord Alton of Liverpool, Independent Crossbench Member of the House of Lords.


"The 1980s is a fascinating period in British politics and Felix Dodds played a fascinating role in that period and which he writes extremely well about. The group of people who were close to him then have stuck together and have mostly used their political and campaigning skills to great effect ever since. It took courage for Young Liberals to support a Labour candidate because he was openly gay and the SDP's sitting MP appeared to be homophobic, but I think that they were right even though it caused ructions internally. They pushed the Liberal Party and then the Liberal Democrats to adopt the green agenda well in advance of other parties. I did not agree with all the activities and statements made by this group (for example the one suggesting that the Alliance Manifesto of 1983 was 'not worth voting for'). But they were inspired and inspirational and Felix's account deserves to be read widely."
Lord Chris Rennard
David Steel Edward Lucas feli dodds hunter Thompson Peter Hain Stephen Grey Young Liberals