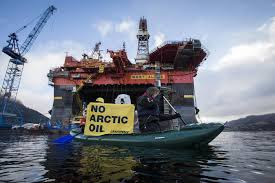 A  historic climate lawsuit started in Oslo on Tuesday the 14th of November and has got worldwide attention. Greenpeace along with Nature and Youth are suing Norway for issuing licences to explore oil in the Arctic and asking the court to invalidate 10 licenses granted by the government to 13 companies that opened up a new section of the Arctic to oil exploration. The vulnerable areas of the Arctic, like the Barents Sea, are home to both complex ecosystems and challenging climatic conditions. Greenpeace and Nature and Youth argue that new licences for oil exploration breaches the country's constitution and undermines Norway's commitment to the Paris Agreement.

Article 112 in Norway's constitution has been named the ‘Environmental Paragraph’, as it seeks to protect current and future citizens’ right to a healthy and clean environment and sound resource management. It reads:

‘Every person has the right to an environment that is conducive to health and to a natural environment whose productivity and diversity are maintained. (...) The authorities of the state shall take measures for the implementation of these principles.’ 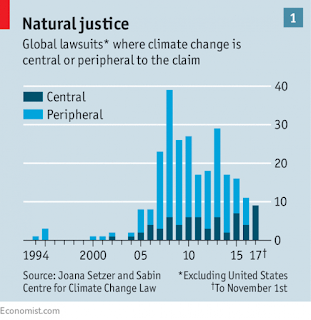 The lawsuit is the first of its kind in Norway and Article 112 has never been tried in court before, so the outcome of the lawsuit is unclear. While Norway’s attorney general argues that the oil licenses, awarded to Statoil, Chevron and others, have no link to the Constitution, others, like the Norwegian lawyers Sjåfjell and Halvorssen, are firm supporters of the case and have argued that exploiting oil and gas on a large scale in the Norwegian Arctic is unlawful. Convincing the court that issuing oil drilling permits could violate human rights won’t be easy, however if the environmental groups are to succeed with this, it might set a very powerful global precedent.

For the first time a poll in Norway showed in August that more than 50% of people now supported leaving the oil in the ground.

"Like many environmental treaties, the Paris Agreement does not bind signatories to fulfil their obligations, however the court case will assess governments' and firms' actions against the 2°C goal." Greenpeace