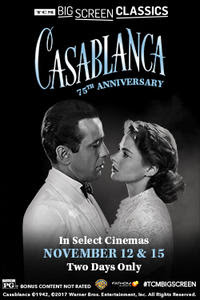 I am writing this blog from Key Largo while attending the Humphrey Bogart Film Festival. I try to attend at least two film festivals a year and this is my third time in Key Largo. The place is still recovering from the Hurricane there is rubble and remains at places along Ocean Highway but most seems to be back to normal. On my way down here, I have been listening to the audio book Writer,Sailor, Soldier, Spy which brings to light for the first time this riveting secret side of Hemingway's life - when he worked closely with both the American OSS, a precursor to the CIA, and the Soviet NKVD, the USSR's forerunner to the KGB, to defeat Adolf Hitler and the Nazis. The book starts with the story of Hemingway looking for the survivors of the great Hurricane of  1935  it had 200-mile-an-hour winds and had conspired with politics, the Depression, and petty bureaucracy to turn disaster into tragedy.  As part of the New Deal there were three veteran work camps on the keys. The result of not evacuating them was that 259 veterans were victims of the Hurricane.
Arriving at the Playa Largo where the festival is headquarter to i felt transformed to the 1950s as I bumped into a Humphrey Bogart look alike who had just flown in from Paddington, England.
Casablanca
This year is the 75th anniversary of this famous film. It is one of the great films that has survived the sands of time. It is an extraordinary film not just because of the story that is told on screen but also the back story to who is in the film and why.
The backstory
The film came out in November 1942 in the middle of the Second World War. Rushed out to take advantage of the publicity from the Allied invasion of North Africa a few weeks earlier. The original play was called Everyone Comes to Ricks. What most people do not realize is that the film has only three of its main actors who were born in the US. These are Humphrey Bogart playing Rick Blaine, Dooley Wilson as Sam the pianist, and Joy Page the young Bulgarian refugee Annina Brandel. 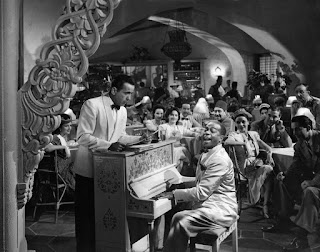 Most of the rest of the cast were refugee actors from Europe who had fled the Nazi occupation and persecution. This included Paul Henreid who had equal billing with Bogart and Bergman. He was a banned Austrian actor who was also banned in Germany. He was strongly anti-Nazi, so much so that he was designated an "official enemy of the Third Reich". In the film he plays Bergman’s husband Victor Laszlo, a renowned fugitive Czech Resistance leader. The wonderful Peter Lorre (born László Löwenstein;) born in Hungary – Jewish – so when the Nazis came to power in Germany in 1933, Lorre took refuge first in Paris and then London and then the US. I could go on. The film was in many ways an opportunity to give refugee actors from Europe work and support. Many were also being put up in the homes of fellow actors while they worked to establish themselves in the US.
The film 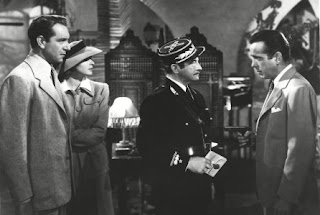 The film centers around American expatriate Rick Blaine who owns an upscale nightclub and gambling club in Casablanca. "Rick's Café Américain" is the center of a varied clientele. This includes Vichy French and German officials and refugees desperate to reach the still-neutral United States. Casablanca being a staging post to get to Portugal and then the United States. Rick is a complex figure having fought for the Loyalist side in the Spanish Civil War but is now bitter because he had to leave Paris without his love former lover Ilsa Lund (Bergman) enters and she sees Rick's friend and house pianist, Sam, and asks him to play "As Time Goes By."  The song of course is the one that expresses the love between her and Rick. Rick storms over, furious that Sam disobeyed his order never to perform that song, and is stunned to see Ilsa. Unfortunately she is accompanied by her husband, Victor Laszlo, who is a renowned fugitive Czech Resistance leader. They are in Casablanca 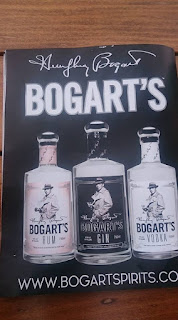 in need of the letters to escape to America to continue his work.  For the rest  of the story you will have to watch the film. It is going to be out  in selected film theaters the 12th and 15th of November. I can only strongly recommend it.
I found this interesting interpretation from the Wikipedia pages on Casablanca which I would like to share with you:
"Koch also considered the film a political allegory. Rick is compared to President Franklin D. Roosevelt, who gambled "on the odds of going to war until circumstance and his own submerged nobility force him to close his casino (partisan politics) and commit himself—first by financing the Side of Right and then by fighting for it". The connection is reinforced by the film's title, which means "white house." Perhaps President Trump might benefit from a White House showing of the film and an explanation of its meaning.
l will be watching it on Saturday on a large screen outside in Key Largo. Some people have all the fun. Ill be drinking Bogart Gin (a real thing) and hoping to say "Of all the gin joints in all the towns in all the world, she walks into mine."