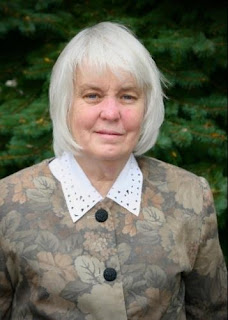 On the eve of the Heads of State UN General Assembly, I heard that Pam J. Puntenney had died in June this year. In the crazy world of international sustainable development politics, there are some individuals that you remember and who make a serious contribution. Pam was one of them
There was seldom a UN meeting I went to that she wasn’t attended from 1996 to now and her focus on education. She was part of the Education Caucus that succeed in persuading governments to reject the report done by UNESCO on the implementation of the Agenda 21 chapter not once, not twice but three times.
Why was this important? The old Commission on Sustainable Development (CSD) particularly in the first ten years was holding UN Agencies and Programmes accountable to the broader sustainable development agenda outside their own governing bodies. The fact was that UNESCO had not done much to implement chapter 36 of Agenda 21 Promoting Education, Public Awareness and Training and the education community made this clear and governments agreed.
One of the other areas where the CSD held the UN Agencies and Programmes accountable was that of forests. The follow-up to Rio 1992 on the Forest Principles should have ended up with a process under FAO but stakeholders and governments did not trust the FAO of 1994 with this and set up the process under UNDESA instead which is where it has stayed.
Back to Pam and the Education Community/Caucus which she co-chaired. They argued that they should be considered the 10th Major Group. Originally, they had imagined having Chapter 36 would put them at the center of the implementation of Agenda 21 – it did not.  In 1996, they went as far as drawing up a draft of what an Education Major Group chapter of Agenda 21 might look like. You can read it here. The Education Caucus over the years had some great people as well as Pam there was John Smyth, Trevor Harvey, Bremley Lyngdom. David Woollcombe and the Peace Child International team including Marina Mansilla Hermann and Cecilia Weckstrom.
Pam and the others thought they had succeeded when they got the following text into the Johannesburg Plan of Implementation:
"149 With regard to the practical modalities and programme of work of the Commission, specific decisions on those issues should be taken by the Commission at its next session when the Commission’s thematic work programme will be elaborated. In particular, the following issues should be considered:
(f) Furthering the contribution of educators to sustainable development, including, where appropriate, in the activities of the Commission;"
The UN Division for Sustainable Development – the secretariat for the CSD at the time just ignored this and did not include them in their Major Group approach. The secretariat of today is much more enlightened and supportive of stakeholders beyond the nine Major Groups.
Why was this important?  Governments in the 1990s were setting up National Councils or Commission on Sustainable; Development and they started from the nine Major Groups as the reference point to which stakeholders to engage with. This was also true for the local agenda 21s which by 2002 there were over 6000 of them. Education is possibly the most mentioned term in Agenda 21 but the community that saw itself as the advocate was often excluded. Pam and the Education Caucus fought this.
One of its successes that she and the Education community had was the agreement in the Johannesburg Plan of Implementation for:
“124 (d) Recommend to the United Nations General Assembly that it consider adopting a decade of education for sustainable development, starting in 2005”
Pam, I think those of us who knew her would say was a very quirky who you would not forget. If she wanted something it was very difficult to not give way. This often ensured that the voice of the Education Community was heard when others had given up. She expanded its work to the UNFCCC and the World Bank as well.
When I was Executive Director of Stakeholder Forum she served on its International Advisory Board through our work for the World Summit on Sustainable Development and the Rio+20 Conference. The Education Community was also represented on the CSD NGO Steering Committee which I co-chaired from 1997 to 2001 as the Education Caucus of all the issue caucuses that were set up in 1994 it and the Agricultural Caucus are the only ones that have continued without a break.
There are only a few people who have been part of the fabric of sustainable development at the international level going back to after the Earth Summit. Pam was one of them. Others will now have to step up and take the lead so that the Education voice continues to be at the heart of the implementation of the SDGs and The Paris Agreement.
Donations in Pam's memory may be made to World Wildlife Fund(https://www.worldwildlife.org/) or The Basset Hound Rescue of Michigan (https://www.worldwildlife.org/). Friends and colleagues are invited to sign Pam's guestbook online at Muehlig Funeral Chapel (http://www.dignitymemorial.com/muehlig-funeral-chapel/en-us/index.page). Muehlig Funeral Chapel