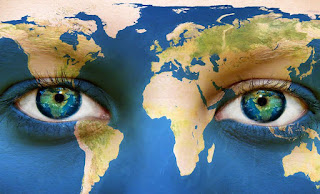 The background papers are out for the UN secretariat to start to undertake consultations on the Secretary General’s  Repositioning the UN development system to deliver on the
2030 Agenda – Ensuring a Better Future for All
I want to do a couple of blogs on these. The first will be on the approach to the regional level in Realigning the Development Agenda. The second on the National Level.
I have always been a fan of the UN Regional Economic Commissions (REC) as a mechanism to bring together countries at similar levels of development and to share experiences, build capacity, develop policy and in certain Commissions legally binding agreements relevant to their region.
With certain OECD countries, there has been a tendency to underfund these activities. At times, the USA and the UK have in particular been critical of these regional commissions.
This is a real opportunity to reclarify the role and responsibilities of the RECs.
The instructions the Deputy Secretary General has sent out are framed by the paragraphs in the June Secretary General’s Report these are:
The consultants will be asking the following questions and we should all think what our answers would be and feed them into 'the consultation'.
As I have said this review should start from what the Member States want at the national and regional level. One of the starting places clearly should be a mapping exercise on who is doing what.
It will show I think an interesting picture of what is being undertaken by the  RECs. I am sure this will be different for each REC and so some capacity building between RECs might arise.
What is UNDESA doing? Is there duplication? Are there gaps? The review should enable a discussion on the rebalancing of what HQ should do and what RECs should do. 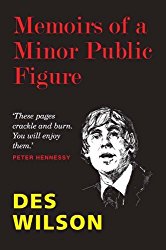 I had a guru growing up the great environmentalist Des Wilson...who later became a guru of poker too. From Friends of the Earth to poker hmmm. He said organziations should every 5-10 years review their mission, their aims and ensure they are not creeping away from what they were set up to do. Are they needed anymore? I worked with the Communitas Coalition which we set up to get an SDG on urban issues and work multi stakeholder wise on Habitat III. When we had finished we closed up shop and produced a legacy report. The human settlement world didn't need yet another organization now reimaging itself to continue to exist or to give me employment.
Many organizations are in a difficult financial situation - caused originally by the banks - organizations and I don't just include the UN are scrambling for money. With the UN it's even worse when their major funder the USA is cutting back and makes it very difficult to plan. But that should not mean that parts of the family trying to muscle in in areas they shouldn't be engaged in. We saw some of this under Helen Clark's term at UNDP for example but I could have chosen any number of UN bodies as the example.
It's also true that the development paradigm has changed and some of the development mafias had to be dragged screaming and kicking to this realization. So this review by the UN is needed and builds on the 2006 high-level panel on system wide coherence. 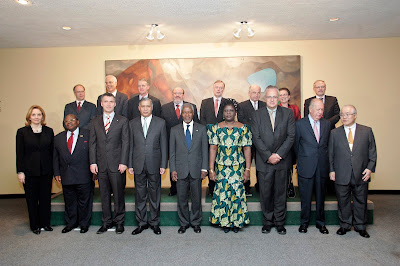 There does need to be some consolidation in the UN family so that it can be properly funded to do what is needed in today's world. That may mean some merging of parts of the UN.
One of my reflections is that the RECs have a great role to play in the input to the HLPF and in regional capacity building around the national reports. As I have argued in a previous blog concerning the HLPF National Report presentations they need to be done in regions and to regional stakeholders that can then do an effective peer review. A lot more capacity building can then be undertaken at the regional level.
The experience of reviewing WSSD implementation at the regional level was undertaken in 2005 by Stakeholder Forum and it's worth re-reading that report - it is a little out of date but has some insights which may help the discussion.
It seems to me that the RECs have a role facing the national level and another brings together experiences from the region and feeding them into the global processes. What happens then is often they get lost. I think where possible needs to be the capturing of the challenges and opportunities for the different regions and they are different and therefore have different needs from the UN. Policy recommendations for Africa on an issue may very well be different from Europe somehow both need to be caught - after all the SDGs is a universal agenda.
On the policy side, an example of this might be the Regional agreements in Europe and now in Latin America and the Caribbean on access to information, public participation in decision-making and access to justice in environmental issues. This has been a regional reflection of the global policy.  Rio+20 outlined "43. We underscore that broad public participation and access to information and
judicial and administrative proceedings are essential to the promotion of sustainable
development." and para 99 "We encourage action at the regional, national, subnational and local levels to promote access to information, public participation and access to justice in
environmental matters, as appropriate. It was further underlined with SDG 16 "Promote peaceful and inclusive societies for sustainable development, provide access to justice for all and build effective, accountable and inclusive institutions at all levels." What should be the response of the other regions to this?
The RECs can play a more significant role in helping the UN Country Teams by having access to experts from the region to come in and help the UN Country Teams.

The questions above should I hope cause stakeholders to reflect and input to this very good initiative by the Secretary General and his team.