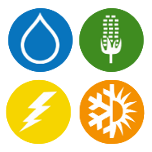 The Water Institute at the University of North Carolina at Chapel Hill is pleased to announce our intention to reconvene our Nexus conference addressing Water-Energy-Food and Climate on April 16-18.
We have just opened the chance to submit abstracts.
This will be the second Nexus Conference that The Water Institute organized the first in 2014 made a significant input to the negotiations for the Sustainable Development Goals (SDGs), through the Chapel Hill Declaration.
The 2030 Agenda adopted in 2015 at its heart has 17 SDGs, 169 targets, and 232 indicators. It is the blueprint to a more sustainable, fair and equitable world. It is the first global agreement that recognizes the inter-linkages between sectors and suggests ways to address them.
The 2018 Nexus Conference will focus on the:
The conference will facilitate space for the development of collaborative work.
It will build on recognizing and respecting the work that sector experts are engaged with while also addressing some key challenges that will require a Nexus approach these include:
Since the 2014 conference a number of areas that interface with the Nexus discourse have developed and the conference will address three cross cutting areas.
These will be the urban challenge – where the Nexus trade-offs really become vital to communities and people’s lives.
The conference will look at the health-related Nexus issues recognizing that with climate change these will increase.
Finally, it will look at the migration and mobility as governments and stakeholders start to develop the Global Compact on Migration over the next two years. Nexus issues play a critical role in the increase of migration as food and water become scarce and climate change impacts increasingly have an effect.
The Nexus recognizes that there is no place in an interlinked world for isolated solutions aimed at just one sector. If the world is going to reduce hunger and eradicate poverty, achieving security for water, energy and food is critical. This challenge is becoming even more critical with the impacts of climate change, and water will be the medium by which we will address much of the Nexus.
The Nexus approach will maximize the benefits of sectoral expertise while working across the boundaries. It will seek practical and effective plans to better understand the interactions.
The Conference brings together scientists and academics, practitioners working in government, civil society and business, and other stakeholders to focus on how and why the nexus approach can be used on local and international levels.
Abstract submissions and conference registration will open July 15, 2017.
These should focus on the interface between some of the these Nexus areas: 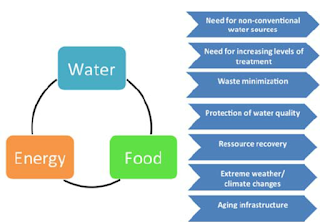 We are looking for examples of different mythological approaches, indicators being used, comparative studies, solutions, toolkits, successful partnerships, gaps to be addressed, and reviews of the implementation of the relevant SDGs that address Nexus issues.