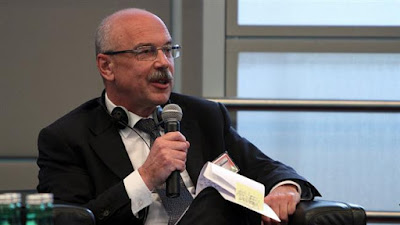 Taken from UN Secretary General announcement.
United Nations Secretary-General António Guterres has appointed Vladimir Ivanovich Voronkov of the Russian Federation as Under-Secretary-General of the newly created United Nations Counter-Terrorism Office, as established by General Assembly resolution 71/291 of 15 June 2017.
The Secretary-General appreciates the hard work of Member States and the many partners who share his commitment to this agenda.  The Under-Secretary-General will provide strategic leadership to United Nations counter-terrorism efforts, participate in the decision-making process of the United Nations and ensure that the cross-cutting origins and impact of terrorism are reflected in the work of the United Nations.
Mr. Voronkov brings more than 30 years of foreign service experience to the position, working primarily on the United Nations, as well as responsibilities ranging from public diplomacy and social and economic development issues, to intergovernmental affairs.
He is currently the Russian Federation’s Permanent Representative to the International Organizations in Vienna, and under his leadership, the Permanent Mission has launched several flagship projects with the United Nations Office on Drugs and Crimes (UNODC), in addition to having developed successful collaborations with the UNODC Anti-terrorism Branch.  Mr. Voronkov also serves on the Board of Governors of the International Atomic Energy Agency (IAEA), and has led several delegations to the Commission on Narcotic Drugs and the Commission on Crime Prevention and Criminal Justice.
Prior to his appointment, Mr. Voronkov was Director of the Department of European Cooperation (2008-2011) at the Ministry of Affairs in Moscow, during which time he headed his country’s delegation to the Russia-European Union negotiations on a visa-free regime (2010-2011).
Beginning his career at the Foreign Ministry in 1989, he served in various capacities, including Deputy Permanent Representative to the Organization for Security and Co-operation in Europe (OSCE) in Vienna (2005-2008), Deputy Director of the Personnel Department (2002-2005), as well as Minister Counsellor and Deputy Chief of Mission at his country’s Embassy in Poland (2000-2002).