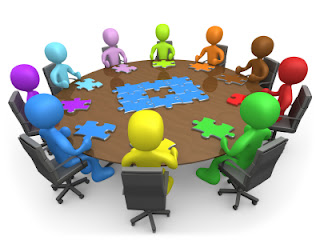 We are producing a series of blogs around the issue of Multi-Stakeholder Partnerships (MSPs) for Sustainable Development to help increase understanding about them: 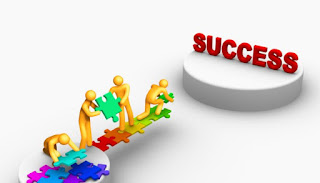 There are numerous MSPs fitting this definition, from local to global levels, working on all kinds of sustainable development issues: Examples of multi-stakeholder partnerships for sustainable development principally range from small collaborative projects of individual organisations and institutions that address local challenges to international partnerships tackling global issues. Goals and activities can centre on capacity building and knowledge exchange, market development, technological innovation, or standard setting. Many of the international initiatives operate local or national centres that implement a global standard, and network amongst each other to share lessons learned and support each other’s work.
The Extractive Industries Transparency Initiative (EITI) is an example of a global standard. It aims to promote the open and accountable management of natural resources. The partnership supports EITI implementation, for example in Germany (D-EITI), and promotes dialogue and transparency in the German raw materials sector through a range of activities, including producing regular reports about the German raw materials sector and the key financial flows be-tween the state and businesses; communicating findings to the general public; and thus achieving a unique level of data transparency and establishing the basis for more accountability. D-EITI’s governance includes a multi-stakeholder group (MSG), comprising 15 representatives from the public and private sectors and civil society. The MSG is chaired by a representative of the German Federal Ministry for Economic Affairs and Energy. Decisions are adopted on the basis of consensus.
Multi-stakeholder Partnerships for sustainable development are by definition using a multi-stakeholder approach: They are inclusive in nature, involving all relevant actors in their area of work. MSPs can be arranged among any combination of partners, including governments, regional groups, local authorities, non-governmental actors, international institutions, private sector partners and oth-er relevant stakeholders. All partners should be involved in the development of the MSP from an early stage, so that it is genuinely participatory in approach. Yet as partnerships evolve, there should also be opportunities for additional partners to join on an equal basis.
EcoAgriculture Partners is a catalyst, pursuing a multi-pronged approach to make an impact at the landscape, national, regional and international level. Each of these scales reinforces the others as they work to mainstream integrated landscape management around the world – supporting biodiversity conservation while maximizing agricultural yield and enhancing social development. EcoAgriculture Partners is an NGO registered in the USA, and works with partners from multiple stakeholders in three main areas, i.e.:
Improving Landscape Management: working with development groups, community-based organizations, and government agencies to train leaders, develop plans and strategies, and build coalitions and governance plat-forms to improve landscape management performance.
Leading Policy and Market Change: connecting landscape leaders with their local and national governments to spur constructive dialogue, and serving as a trusted adviser to decision makers, providing cutting-edge analysis that guides sound policy choices. EcoAgriculture Partners helps private and public investors see the long-term value of investments in integrated landscapes.
Creating Partnerships for Action and Advocacy: catalyzing global initiatives, leading and managing dynamic teams, and stewarding critical new connections between governments, research institutions and landscapes, to maximize the impact of everyone’s efforts.
EcoAgriculture Partners also serves as the secretariat for Landscapes for People Food and Nature Initiative, a multi-stakeholder initiative with partners from governments, intergovernmental organizations, civil society organizations and business initiatives.
The Strategic Approach to International Chemicals Management – SAICM: Adopted by the First International Conference on Chemicals Management (in 2006 in Dubai, the Strategic Approach to International Chemicals Management (SAICM) is a policy framework to promote chemical safety around the world. 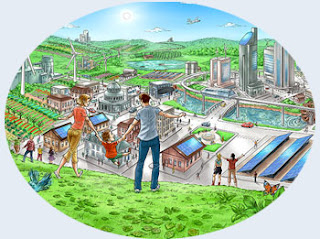 SAICM was developed by a multi-stakeholder and multi-sectoral Preparatory Committee and supports the achievement of the 2020 goal agreed at the 2002 Johannesburg World Summit on Sustainable Development. SAICM overall objective is the achievement of the sound management of chemicals throughout their life cycle so that by the year 2020, chemicals are produced and used in ways that minimize significant adverse impacts on the environment and human health.
SAICM is distinguished by its comprehensive scope; ambitious “2020 goal” for sound chemicals management; multi-stakeholder and multi-sectoral character; endorsement at the highest political levels; emphasis on chemical safety as a sustainable issue; provision for resource mobilization; and formal endorsement or recognition by the governing bodies of key intergovernmental organizations. The SAICM Secretariat is hosted by UNEP in Geneva.
Useful to distinguish
At the EGM hosted by UN DESA in December  it was also discussed to maybe differentiate between three categories of MSPs:
·       Multi-stakeholder partnerships that are led by the UN, e.g. Sustainable Energy for ALL;
·       Multi-stakeholder partnerships that the UN is involved with e.g. GAVI (Global Alliance for Vaccines and Immunisation); and
·       Multi-stakeholder partnerships that are independent of the UN
We might want to look at them differently in terms of the guidance and oversight that is needed and that can be provided.
Back to the WHO – the stakeholder question - for a moment:
MAJOR GROUPS
Agenda 21 and consequent UN agreements recognized that achieving sustainable development would require the active participation of all sectors of society and all types of people. Agenda 21, adopted at the Earth Summit in 1992, drew upon this sentiment and formalized nine sec-tors of society as the main channels through which broad participation would be facilitated in UN activities related to sustainable development. These are officially called "Major Groups" and include the following sectors: Women; Children and Youth; Indigenous Peoples; Non-Governmental Organizations; Local Authorities; Workers and Trade Unions; Business and Industry; Scientific and Technological Community, and Farmers (UN, 1992).
OTHER STAKEHOLDERS
Two decades after the Earth Summit, the importance of effectively engaging these nine sectors of society was reaffirmed by the United Nations Conference on Sustainable Development (Rio+20), in 2012. Its outcome document "The Future We Want" highlights the role that Major Groups can play in pursuing sustainable societies for future generations. In addition, governments invited other stakeholders, including local communities, volunteer groups and foundations, migrants and families, as well as older persons and persons with disabilities, to participate in UN processes related to sustainable development, which can be done through close collaboration with the Major Groups (UN, 2012).
Apart from “multi-stakeholder partnerships”, there are more terms being used to describe cross-sectoral collaboration or stakeholder initiatives to further sustainable development, such as:
PRIVATE PUBLIC PARTNERSHIPS (PPPS)
There is a lot of confusion around MSPs and Private Public Partnerships (PPPs). Private Public Partnerships are principally contractual arrangements between single or several public agencies (federal, state or local) and single or several private sector entities. Through such arrangements, the skills and assets of each sector (public and private) are shared, in delivering a service or facility for the use of the general public. Other stakeholders might be sub-contractors in a PPP. PPPs have become common in public services like transport, energy, water, and others.
One example might be women’s groups being sub-contracted to do an evaluation of the role that gender might play in an infrastructure project.
The World Bank has identified this with their new Gender Equality, Poverty Reduction and Inclusive Growth Strategy. They identified five areas that need to be considered in PPPs:
1.                       Identifying gender-specific needs that infrastructure services can meet
2.                      Eliminating gender biases from legal frameworks governing PPPs
3.                       Paying close attention to the stakeholder consultation process
4.                      Including a gender-specific affordability analysis.
5.                       Embedding gender considerations in the output specifications for the private sector
VOLUNTARY INITIATIVES
The United Nations Conference on Sustainable Development (Rio+20) was an action-oriented conference, where all stakeholders, including Major Groups, the UN System/IGOs, and Member States were invited to make individual commitments focusing on delivering concrete results for sustainable development on a voluntary basis. It has been estimated that there have been over 1400 voluntary initiatives with a financial commitment of around US$636 million (Seth, 2013).
While one of the key principles of partnerships is that they be voluntary, voluntary initiatives are not necessarily partnerships. Voluntary initiatives are activities or contributions made by single governments or organisations, or groups of them, towards a certain goal, and above and beyond legally binding or UN-agreed commitments.
Most recently we see more calls for voluntary actions and initiatives in the context of the upcoming Oceans Conference in June 2017.
Voluntary Initiatives: Two examples from Rio+20 include:
1.                       Microsoft pledging to become carbon neutral, and
2.                      Eight multilateral development banks (MDBs) to commit US$175 million toward sustainable transportation. (Stakeholder Forum, 2013)
Finally, there are two terms that are often being used in the context of discussions on partnerships for sustainable development, which also benefit from clarification:
As part of the Millennium Development Goals, there was the GLOBAL PARTNERSHIP FOR DEVELOPMENT (MDG8): This is a partnership between developed and developing countries over issues such as aid, debt and trade.
And there are UNITED NATIONS – BUSINESS PARTERNSHIPS: These are partnerships to help deliver services or to work collaboratively on implementing parts of the UN agenda.
NEXT…
Blog 2: Principles and Guidance Enshrined in Existing UN Decisions on MSPs: We will look at the existing agreements and summarize the guidance provided so far in UN decisions and resolutions.
Blog 3: Possible Additions to Enhance Guidance and Oversight for MSPs: We will make suggestions how the guidance provided in previous resolutions could be updated and strengthened in terms of practical implementation.
REFERENCES
Hemmati 2002: Multi-stakeholder Processes for Governance and Sustainability – Beyond Deadlock and Conflict. London: Earthscan
Seth, 2013
Stakeholder Forum, 2013
United Nations 1992: Agenda 21
United Nations 2012: The Future We Want