Guest blog: From unknown unknowns to action - how long must it take? 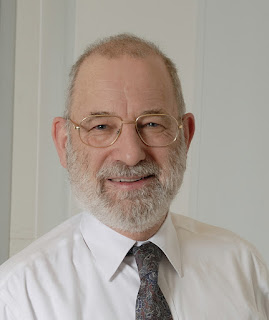 By Jack Moss – Executive Director – AquaFed - www.aquafed.org
When I was a child in the 1950s, people were dying in the great “pea-souper smogs” of London. When I was a student in the 70s, atmospheric pollution was part of our course on weather and climate. In 2006, the film “An Inconvenient Truth” came out. Last week (11 February 2017) the Economist magazine published an article on cleaning up Britain´s air pollution. Progress in fighting air pollution has been slow and patchy. There have been local successes, such as the UK Clean Air Acts, but overall atmospheric pollution is still on the rise.


A local crisis, such as the recent air pollution peaks in London and Paris, seems to have more impact and create more action than the weight of science. Even though climate change has the United Nations Framework Convention on Climate Change (UNFCCC), international treaties and regular Conferences of the Parties (COP) to help move it forward, planned progress with a long-term objective remains elusive. Pollution, the cause of climate change, has certainly become a known and inconvenient truth, but action still looks to be very inadequate.

The story of water is even slower in the telling. Pollution of water has probably been a bigger problem for societies locally for much longer than air pollution. Local water pollution crises led ancient civilisations, such as the Romans, to build sewers to carry pollution away from their cities, but they left it to nature’s natural capacity to deal with it after that.

Intolerable smells and unsupportable epidemics caused by water pollution in the industrialising towns of Western Europe, and later North America and other places, drove them to build sewers and eventually even wastewater treatment plants. Again, action was mostly driven by a local crisis, like the famous “big stink” in London or the Cholera epidemic in Hamburg, rather than long-term logic.

Protecting public health has most often been the driver for action and in itself is an ample justification. Other imperatives such as preserving an essential natural resource, developing the economy and employment, improving conditions for peoples’ lives and leisure, ensuring sustainable environments, maintaining vibrant ecosystems or implementing human rights all tend to take lower priority. The result is that the global water crisis continues to grow. It is a crisis that is multifaceted, multidimensional and multi local. It is a collection of different challenges in different places, which, when added together, lead to a major sustainability issue in all its dimensions - society, environment and economy.

The known unknowns
The water crisis, and even its pollution dimension, is now a “known unknown”. Precise information is lacking and hard data insufficient. Nevertheless, enough is known to assess the risks and many of the dangers.

An existential challenge for global leaders and decision-makers is “how long has humanity got left to solve this?” Is there time to drift slowly through to the inconvenient truth about water and to meander on nonchalantly to taking action sometime in the future? If the 2030 agenda for sustainable development is to be taken seriously, it is obvious, there is not!

The action needed
Urgent action at all levels is clearly needed. The tools of the Sustainable Development Goals (SDGs) need to be sharpened to cut into the Gordian knot of the complexities of water issues quickly.

The success of the European Union policies on water shows how a consistent approach to water issues at a continental level can lead to progress. At this stage the progress in Europe is patchy and incomplete, but it is in the right direction. The EU directives have proved to be moderately sharp and effective. Globally, there are few such tools and no real toolmakers. Solving the global water crisis needs both.

Some international agencies are attempting to create the tools by designing standards and monitoring procedures. This is important but on its own insufficient.
Many stakeholders, including individual businesses and business associations, like AquaFed, BIAC, ICC, WBCSD, or WEF), are engaged and making real contributions. However, the complexities of the interlinkages and interdependencies between different interests in water and water pollution make the need for strong political leadership inescapable.

Regional initiatives by intergovernmental agencies, such as the African Ministers´ Council on Water (AMCOW) or the United Nations Economic Commission for Europe (UNECE) are moving forward. However, at the global level progress is hindered by lack of political recognition of water issues, by insufficient intergovernmental interchange around solutions, and by low prioritisation of resources to ensure action. It is urgent and important to bring global leaders together regularly to support the toolmakers and to prioritise their efforts. There is some recognition now of the need for a unified global political focus on water. There are attempts to bring this about (the High-Level Panel on Water, the New Political Architecture for Water, etc.). There is another danger. A proliferation of competing initiatives runs the risk of diluting them all. A unified political focus is essential to create the energy and commitment to move from today’s known unknown to action.

How long must it take?
Can all governments get together quickly to start the action needed? What organisation do they need to make and implement the decisions that are required? How long does humanity have to answer these questions? I fear, we do not have long and I am convinced that action is essential.
******************


AquafFed is the International Federation of Private Water Operators. Open to all companies and associations of companies of all sizes and from all countries, it aims to contribute to solving water challenges by making Private Sector know-how and experience available to the international community. It brings together more than 400 water companies that serve hundreds of millions of people in 40 countries.
AquaFed jack Moss