Guest blog: Ecocide: The need for a new international law to criminalise the destruction of the environment. 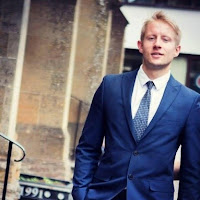 Harry Wright is a lawyer, Deputy Co-Chair of the United Nations Association Westminster Young Professionals and co-founder of the environmental initiative The Conservation Project. Harry is also a passionate conservationist and humanitarian.

In 2015, our planet witnessed one of the worst environmental crimes in history, the burning and incineration of the Indonesian rainforest perpetrated allegedly by palm oil companies. It led to the desecration of millions of acres of pristine tropical forest, over 500,000 people (including children) becoming hospitalised with respiratory problems, the premature deaths of over 100,000 people and the incineration of hundreds of critically endangered orangutans. [1] It was perhaps an Ecocide, or a genocide of an entire ecosystem.

Today, the criminal destruction to our natural world continues and although companies and individuals can be held responsible for a variety of environmental harms, many incidents do not result in compensation or prosecution and few individuals are ever threatened with criminal sanctions or sentences. The law of Ecocide seeks to change this and make the extensive destruction of ecosystems illegal internationally. Instead of a hapless fine, CEO’s and Heads of States will be held personal criminally responsible for decisions which result in substantial environmental damage.

By creating an international law of Ecocide, you are on one hand criminalising mass damage and destruction and on the other creating a legal duty to give assistance to ensure no significant harm occurs for future generations. The duty of care element applies to “prevent, prohibit and pre-empt both human-caused Ecocide and natural catastrophes. In the event of an ecological catastrophe (e.g. rising sea levels - naturally occurring ecocide, mass deforestation - human caused ecocide) or a cultural devastation (loss of a community’s way of life - cultural ecocide), not only do the state parties have a duty to prosecute but also a duty to give assistance. Where a state is either unwilling or unable to do so, individuals can seek remedy through the International Criminal Court (ICC) or a similar body." [3] 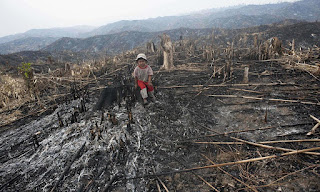 Since 2010, the principle has started to gain some momentum and last year an appellate court in Guatemala upheld an unprecedented charge of Ecocide against a Spanish African palm oil corporation for polluting an entire riverway and killing all the life therein [4]. The ICC has also this year widened its remit to include environmental destruction cases (such as land grabbing) under existing crimes [5]. However, with the tragic loss of ecosystems and biodiversity at an unprecedented rate, there is still much work to be done.

Making Ecocide an international crime would mark a significant step in securing the protection of vital ecosystems around the world.  It would send a strong message to those who continue to put profit first and fail to even look at (never-mind address) the consequences of their actions. In a world where our current economic system is predicated on short term thinking and greed, the law of Ecocide will look to flip this, so in the future a decision to destroy an ecosystem for profit will become an exception rather than the normative we see today.

As we continue to lose vast amounts of our home, the urgency to implement this law has never been greater. All we need now is the political will and determination to make it happen. It could be said, that one day, not far from now, the earth may finally have access to justice.