December 13, 2016
SDGs Implementation: Realities, Expectations and Tradeoffs- Where are the Balance?

The set of 17 SDGs and 169 targets adopted in September 2015 is one of the potentially transformative innovations by the global community in recent past. Crafted in a manner that integrates economic prosperity and social development while moving towards restoring and preserving environmental viability, the SDGs offers, for the first time, a bold collective move to address the root causes of poverty, social injustices and environmental degradation.

The starting point for the Goals is the acknowledgement that poverty eradication is an indispensable requirement for sustainable development. The other is that efforts at combating poverty have always promoted degradation of the environmental although as an unintended outcome. Whichever way one looks at it, economic prosperity and increased social wellbeing have a tendency to leave serious environmental footprints. The path to economic prosperity the world has followed since the industrial revolution in Europe continues to generate wealth for a few but has compromised the environment for all.

On a positive note, some of the imbalances and injustices are what the SDGs were designed to lessen if not to ultimately correct. Business, as usual, is not an option as the SDGs will redefine how international development cooperation, trade, investments and partnerships are reworked and enforced. 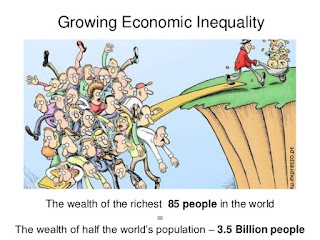 For sure, development partners and financial institutions will have to realign their support policies to programs in developing countries whose impacts are compatible with and complement the aspirations ensconced in the SDGs. And that is where the catch is!  Should the pace of development in poor countries be slowed because the cheaper development tools and models in the market are not environment-friendly? Or should the rich nations go an extra mile to compensate their developing counterparts to rapidly shift to models that produce more with less pollution?

There is no doubt that rapid large scale industrial developments compromise the quality and quantity of ecosystem services. For example, climate change, an occurrence that has continued to grow by the day since the beginning of the industrial revolution, is today the number one determinant of fresh water availability, defining whether a poor farmer in sub-Sahara Africa will harvest their crops or not.  This will continue for sometimes depending on how the world responds if the scenarios in the UNFCCC nationally determined contributions are anything to go by.

At the same time as we might have a viable programme to address the challenges the world is facing we are seeing a number of challenges which will impact on the delivery of Paris and the SDGs. The first is the financial crisis where the banks and financial institutions privatized the profits and socialized the losses. In developed countries, none of the political establishment that caused the problems found themselves in Jail (Except in Iceland). The impact of this can be seen in elections such as the US and the EU referendum in the UK.  The second is the advancement of a technological revolution on many fronts which will accelerate the loss of manual and low-paid jobs as more and more technology comes online. Developing countries need to benefit from this new revolution while they will also be impacted by the loss of jobs.

Thomas Fry, the futurist puts the number of job losses by 2030 at 2 billion. And most of these projected jobs losses will be in the traditional sectors of energy and agricultural as the two account for substantial emission of Green House Gases and global efforts at curtailing runaway climate change must focus on them. But who may be affected the most in this economic conundrum with possible serious social and political costs? Definitely, it is the poor farmer who lacks the modern biotechnology of producing more food with less input. It will be that casual worker at oil exploration sites or coal mines that will have no better alternatives should those be shut.
Obviously, the developing world will bear the biggest brunt because it is there where agricultural production and manufacturing still employ more than half of the population. And it’s manual and labor intensive with attendant environmental externalities. Again, it is there where most economies are neither large nor diversified enough to rapidly accommodate such necessary adjustments. In Africa for example, South Africa, Ghana, Angola and Nigeria have done relatively well due to the wealth derived from their coal or oil exports.

The story is even juicer in the Latin America and the Arab world where some level of strict management of the oil wealth has lifted millions of people from extreme poverty. But of late, the successes of the commodity-driven economies have begun to change, and faster than ever thought. The unpredictable oil price is something these countries have to grapple with on a daily basis. 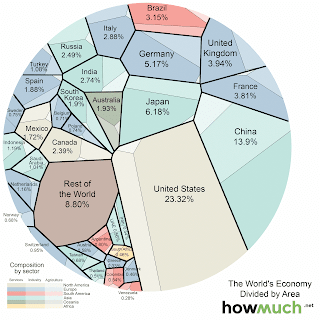 And now, because changing times necessitates behavioural change, it’s perhaps time commodity driven economies embraced the paradigm shift for over-reliance on oil, coal or timber may no longer be feasible. And the shift can only be possible with support from technology driven powers where a commodity such as coal that is damaging to the environment can still be exploited but in a more sustainable and environmentally sound manner.

What has to be taken into account is the fact that an abrupt shift from the use of these abundant natural resources to other sustainable alternatives may occasion social or political effects that could be difficult to stem. Therefore, how should the world balance the desire to meet the economic and social imperative of poverty alleviation in a world of extreme and increasing inequalities where rich nations are where they are because of the development models that have undermined rather than reinforce collective sustainable development? The solution lies in politically feasible tradeoffs- actions that will unsettle the status quo.