Guest Blog by Yunus Arikan: A kiss of life to HABITATIII before Quito? Insights on key issues at the last informals ahead of HABITATIII Conference

September 07, 2016
Insights on key issues at the last informals ahead of HABITAT III Conference 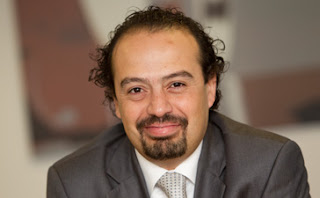 National government negotiators are gathering at the UN Headquarters in New York City on 7 – 9 September to seek consensus on key issues for a New Urban Agenda before finally heading to the HABITAT III Conference in Quito, Ecuador on 17 – 20 October. This briefing and opinion piece aims to highlight key issues ahead of this meeting.

While HABITAT III negotiators are struggling to agree on the details of a New Urban Agenda, local and subnational governments, in collaboration with their partners at the local, subnational, national, regional and global levels, are already accelerating action under numerous fields of 2030 Agenda for Sustainable Development.

On the SDGs, the City of Seoul, South Korea hosted a major conference on advancing the Urban Sustainable Development Goals (SDG) in June 2016, preceding a similar event that Malmö, Sweden is prepared to host in November. Meanwhile, New York City, US is committed to be a model for other US cities.

On climate change, 30 mayors of megacities in G20 cities urged ambitious policies from their leaders ahead of the G20 summit in China, while the Seoul Communique released from cities and towns proposed concrete actions to advance the Paris Agreement by raising ambitions of Nationally Determined Contributions (NDCs) through local commitments. Partners of the Local Governments and Municipal Authorities (LGMA) Constituency are leading the organization of a pre-COP Summit of all NonParty Stakeholders in Nantes, France at the end of September, and the Intergovernmental Panel on Climate Change (IPCC) is prepared to host a unique conference on cities in early 2018.
On disaster, local governments of Small Islands States created a global community to advance their work on implementing Sendai Framework for Disaster Risk Reduction.

On sustainable consumption and production, the Global Lead City Network on Sustainable Public Procurement is advancing as one of the most ambitious programs under the UNEP 10-Year Framework of Programmes (10YFP).

On biodiversity, progress on implementing the Nagoya 10-Year Work Programme as a collaboration of Parties with local and subnational governments will be presented at Convention on Biological Diversity (CBD) COP13 in Cancun, Mexico in December.

Meanwhile, the Milan Food Policy Pact is looking for a new host city and Paris is prepared to host the 2nd Summit of Mayors on Inclusive Cities in November 2016.

If the New Urban Agenda is indeed a transformation of the Urban World of 2030 towards sustainability, then HABITAT III must acknowledge these growing realities and create enabling environments for development and implementation of appropriate modalities to scale-up, advance and vertically integrate such ambitious, holistic and proactive commitments and actions.

Through the evolution of the Zero Draft Text that forms the basis of negotiations, a number of issues – from the right-to-the-city to the engagement of local and subnational governments – emerged as the areas that lacked consensus.

Amongst those, one such issue was the use of the term “common but differentiated responsibilities and their respective capacities”. This is a legacy of the 1992 Earth Summit in Rio, which resulted in the first global framework on sustainable development through the Agenda 21, and is also referenced in Paragraph 10 of Istanbul Declaration adopted at HABITAT II in 1996.
To overcome the current divergence on this issue, HABITAT III negotiators may recall that climate negotiators have now introduced a new interpretation of this principle through Article 4.3 of the Paris Agreement by adding, “common but differentiated responsibilities and their respective capacities, in the light of different national circumstances.”

This formulation that satisfied both developing and developed countries in the difficult moments in Paris, can easily be picked up by HABITAT III negotiators to solve their deadlock.
National commitments to sustainable urban development, on the other hand, are even more complex than national climate commitments. There are at least 200, if not more, different versions of domestic governance practices within UN Member States when it comes to competences of different levels of governments in the development of urban policies, based on different historical, cultural and political context of each Member State.

It seems the draft text is advancing by introducing “national urban policies” which may imply that there may be more than one policy but all achieved at the national level.
Let us recall that Paris climate negotiators sorted out this issue by introducing a unique terminology that refers to “Nationally Determined Contributions (NDCs)” (these are “Intended” until the time of the ratification of the Paris Climate Agreement).

Inspired by the Paris Climate Agreement, the HABITAT III negotiators can also consider further revising the existing text to be “nationally determined sustainable urban policies”,  a term potentially flexible enough to allow all nations to follow contextually appropriate practices in defining, adopting and implementing steps towards sustainability in their towns, cities, metropolitan areas, regions and even city-regions.
3. Follow-up and review: linking to the UN Reform and the agenda of the new UN SG

A key debate over HABITAT III unfolds with regards to differentiating views on the governance of the New Urban Agenda. This is specifically in terms of the roles and responsibilities of each element of the UN system. The case of UN-Habitat is obviously unique. UN-Habitat has been referred to as a key institution in both HABITAT I and HABITAT II in 1976 and 1996 respectively, but turned into a UN program, mainly focusing on slum upgrading and sustainable housing only in 2001 in response to the adoption of Millennium Development Goals (MDGs) in 2000.

It has to be noted that the text of SDG 11, introducing a universal commitment of all UN Member States through its adoption at the Heads of States under the 2030 Agenda for Sustainable Development, is almost identical with paragraph 1 of the HABITAT II Conference held in Istanbul in 1996.

In this regard, adoption of SDG 11 is an important parameter that will shape the scope of the New Urban Agenda in the future.

Considering that the concept of sustainable urban development and the recognition and engagement of local and subnational governments are both evolving issues within the UN system – in particular when it comes to advancing 2030 Agenda for Sustainable Development, including SDGs and Paris Agreement – it may be possible to expect that the follow-up and implementation of the New Urban Agenda should also take into account the expected the reform of the UN system to respond to the challenges of the 2030 Agenda for Sustainable Development.

Within this scope, HABITAT III negotiators should have been better informed about the growing debates on the UN system reform, which is very recently evolved through the introduction of the Report of the Independent Team of Advisors (ITA) on UN Reform, presented to Economic and Social Council (ECOSOC) in June 2015 respectively. Establishment of a specific Sustainable Development Board under a newly appointed Deputy Secretary General and merging of the Governing Councils of some UN agencies are among the unique proposals of this report.

It should also be noted that the new UN Secretary General who will take the office on January 1, 2017 will have a significant influence in the evolution of these institutional arrangements under discussions.

The linkage to other UN processes is also important and relevant in terms with regards to hosting the next conference (i.e. HABITAT IV) 20 years later. However, the speed and scale of urban development worldwide is so fast that 20 years may be too late to decide on any substantial revisions. Moreover, since Rio+20 in 2012, intergovernmental community tends to increase the frequency and effectiveness of the review processes, such as convening High Level Political Forum at the Heads of State level every four years, or the review of the national contributions under the Paris Agreement as early as 2018. It would be much wiser if HABITAT III considers appropriate links to these existing mechanisms in order to ensure sustainable urban development delivers its much needed contributions to the global sustainable development agenda.