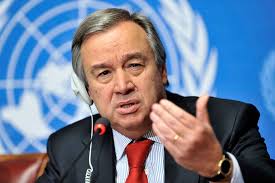 So since the first poll Vesna Pusić has withdrawn as a candidate for Secretary General which leaves 11 and Kevin Rudd the former Prime Minister of Australia was NOT supported by his government to join the election. There are still rumors of a late addition by Alicia Barcena (Mexico) Executive Secretary of United Nations Economic Commission for Latin America and the Caribbean who would be an excellent candidate but I think will not join the fray.

Those who have read my blogs on the election will know I have supported both woman and regional rotation which would mean an Eastern European woman candidate.

So let’s look at where we are.

After the second straw poll António Guterres (Portugal) the former Portuguese left of center Prime Minister is still in first place but has picked up one less encourage and for the first time two discourage. The question in many people’s minds are those two P5 members such as China and Russia. There is no question in my mind that Mr. Guterres is very well qualified for the post but doesn’t fit the two criteria I believe are important in this year’s election.

Vuk Jeremic moved up to second place he was the Serbian foreign minister 2007-12 and president of the UN General Assembly from 2012-13. Questions have been raised among NGOs for using his diplomatic muscle to fight recognition of Kosovo, whose independence he rejects and which he has referred to as Serbia's "Jerusalem."

These would need to be answered for the US, France and the UK to not veto him. His manifesto is very good and well worth a read. He is from the Eastern Block but clearly not a woman.

Jumping up from fifth into third is Susana Malcorra the Argentina Foreign Minister and former chief of staff for Ban Ki-moon from 2008-12. She clearly knows the UN and what needs to be undertaken well having been at the center of it for five years. This though may in the end have countries seeing this as a third term for the policies of Ban Ki-moon and they will have an opinion on that. She will have to persuade the UK that they shouldn’t deliver their veto because of the worry about the Falklands and having an Argentina Secretary General. It would be an interesting double of having the sitting Pope and the sitting UN Secretary General coming from the same country. She is now the highest woman but not from Eastern Euopre.

In fourth position is Danilo Türk (Slovenia), dropping from second and collecting 3 more discourage in the straw poll compared to the first one (now 5) served as the President of Slovenia from 2007 to 2012. Türk was the first Slovene ambassador to the United Nations, from 1992 to 2000, and was the UN Assistant Secretary General for Political Affairs from 2000 to 2005. He is the next highest Eastern European and possibly the nest placed if it is NOT to be a woman from the region.

The soft favorite from Eastern Europe  and top woman from the region has dropped from third to fifth and picked up two less encourage and gained three discourage. This must be very worrying for Irina Bokova. 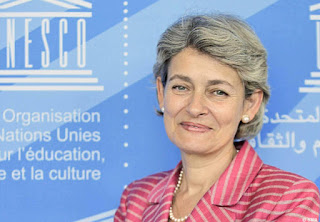 In sixth place is Srgjan Kerim  Macedonian , former Foreign Minister and President of the 62nd Session[1] of the United Nations General Assembly
Helen Clarke has dropped down to 7th and in doing so lost two supporters and gained three discourage. Difficult to see a path to the UN Secretary General for Helen.

The late entry of Christiana Figueres has impacted on her campaign as countries are still getting used to her as a candidate. The second round voting has her moving up one (8th) but not yet gaining new supporters and so far moving 3 no opinion into discourage. I still think that she is possibly best placed if the regional rotation doesn’t continue to move up the field in the next few straw polls. She has no great negatives on why countries might not support her other than perhaps being seen as not yet known for her views on peace and security. This will be for her to expand before the next vote. 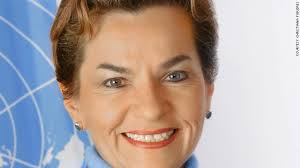 Natalia Gherman, Miroslav Lajčák and finally Igor Lukšić will need to consider if they should stay in the race.