I’m recovering from the third PrepCom for Habitat III held in Surabaya. If you are not aware of where Surabaya is, it is an industrial city in Indonesia a little below Jakarta. Not somewhere that is on many people’s tourist plans. I have to say as always the Indonesian people were amazing and the entertainment on the first night spectacular.

The urbanization of the world is one of the greatest challenges we face.  Its impacts are and will continue to be huge. The Intergovernmental Panel on Climate Change’s fifth Assessment Report said that 40-50% of all GHG emissions are attributed to be originated to urban activities According to the World Bank up to 80 % of the expected $80 billion to $100 billion per year in climate change adaptation costs are expected to be borne in urban areas; see the World Bank. We also know due to the excellent work of the Stockholm Environmental Institute that the increase in urbanization (60% of all people will live in urban areas by 2050) [UN Habitat]), the increase in population another billion people in the next 15 years and changing economic patterns in newly developing countries (particularly India and China) will contribute to us needing an extra 40-50 % energy and a similar amount of food and a shortfall of 30 % of water availability over demand by 2030. These are HUGE challenges that we are needing to face.

Many of us saw Habitat III and the New Urban Agenda (NUA) as complementary to as well as an implementation of the Sustainable Development Goals (SDGs) and the Paris Climate Agreement at the local and sub-national level. The NUA has failed to do that.

Over 140 of the SDG’s targets are relevant at the local level. One could have imagined a visionary Conference Secretary General seizing the opportunity to grow UN Habitat in light of last year’s Heads of State agreement on the 2030 Agenda. It would have been a very easy pitch to Member states, stakeholders and the intergovernmental family that now that we have agreed the goals and targets, let’s develop an implementation plan at the local and sub-national level to be an engine of implementation. 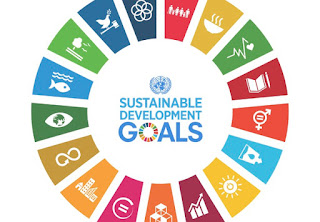 UN Habitat could have been seen as the facilitator of this implementation working with the UN family and utilizing UN Habitat, as the organizational machinery and as experts in helping the NUA deliver on the promise above.

Most of the stakeholders would have rolled up their sleeves and got to work bringing with them thousands of activists.  Government negotiators though a little exhausted would have worked with their new colleagues from housing and urban development ministries, the UN family would have extended the Task Team (that did such excellent work for the SDGs) work now focusing on what they can bring to the table for local and sub national implementation, the media would be looking for stories about what this could mean in cities and towns across the world. SDG Ambassadors could have taken it to the ‘people’ through the Global Goals campaign saturating the social media.

That was the dream of many of us who were involved with Habitat III as it started to gear up parallel to the end of the SDG negotiations. There was even a fallback position that many of us had that if Habitat III couldn’t cope with the whole of the SDG agenda, then the absolute red line was that it should expand SDG 11 into an implementation plan for that goal and associated targets.

None of this happened. Let me repeat this none of this happened. Instead due to the leadership (sic) of UN Habitat III Secretariat from the beginning we have a document that is not ‘fit for purpose’. The Habitat III Secretariat, lacks both substantive focus and political acumen, actors are left to their own ventures without professional substantive opinion.

Governments have rightly realized that it could not be what it should have been and have now done what any sane negotiator does – damage limitation. The 150-160 para outcome document has as of yet no agreed paragraphs – though something like 140 ish probably could be agreed if government’s were given a chance to address the question – Do  they add anything to helping to deliver the SDGs? Do they add anything to mobilizing a huge coalition for addressing the series challenges of urbanization? In fact exactly the opposite.

Most stakeholders and I’m guessing governments see Habitat III as nothing more than a chance to launch a small or medium project. One of my deep worries is that some of the developed countries governments negotiators will find it increasingly difficult to sell spending money on the urban agenda because of Habitat III. Particularly with the SDG and Climate Agreements. Just like the with the MDGs the money will follow these agreements – this makes SDG11 so vital.  Unlike the MDGs which mainly depended on resources flows from developed to developing SDGs offers a business case, an opportunity for partnerships, partnerships in addressing climate change, disasters and risks reduction. The Addis Ababa Action Agenda recognized that ODA alone will not deliver this agenda rather governments, stakeholders and the private sectors will have to contribute substantively to fill the void. This is true for the NUA too and organizations will need to work differently embracing this joined up interlinked agenda.

There are two major controversial areas left in the text one on the right to the city. A right that shouldn’t be agreed here but within the Human Rights Council and the role of UN Habitat.
Instead of growing the collaboration among the intergovernmental family that is needed to address the challenge of urbanization we are left with some paragraphs that try and make it seem as if UN Habitat is the only intergovernmental body dealing with human settlements (and the only one mentioned in the text), well we all know that isn’t true. UN Habitat can be a strong anchor organization that can promote policy coordination and coherence within the UN system wide and with stakeholders in the spirit of delivery as one. MY belief is it will be weakened by Habitat III. This did not need to happen.

At exactly the time we need a strong UN family working together on these challenges we have one that is becoming more and more irrelevant to them and one that has lost the confidence of many stakeholders and governments. That comes down to leadership. Could the leadership of Dr. Clos result in the closing down of UN Habitat? Only time will tell.

For the rest of us who care about this agenda, we need to focus on the HLPF and to try and build around every session of the HLPF an urban coalition which WILL come with suggestions on what can be done to implement the targets that have local relevance. We need local and sub-national governments to localize the SDGs and Paris Agreement to bring those experiences to the HLPF perhaps around a pre-conference every year.

I believe that the SDG and Paris Climate Agreement will be won or lost in our urban and rural areas and how we manage natural resources such as water, forests and soils and the interlinkages to ensure food, water, energy and climate security which means people security. 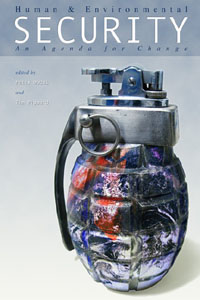 This agenda isn’t a small agenda but a BIG agenda it needs a BIG venue to discuss the challenges and we need in the future a UN Habitat that is a team player that is working with all the intergovernmental organizations and recognizes the role they play and can play.