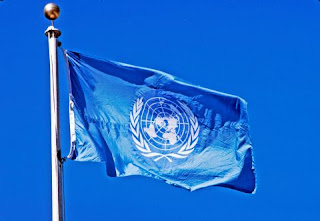 Reform of the UN is always difficult but we are in a process of change because of the 2030 Agenda the , the Addis Ababa Action Agenda (AAAA), the Sendai Disaster Risk Reduction Framework and the Paris Climate Agreement. Business as usual is not possible.

The present ECOSOC Bureau commissioned an Independent Team of Advisors (ITA) to come up with a review of the UN Development System (UNDS). The co-chairs of the ITA are former heads of UN Agencies and Programmes Juan Somavia (former Director-General of the International Labour Organization (ILO)of Chile) and Klaus Töpfer (former Executive Director of UNEP of Germany).

When I was at the German Habitat Forum recently I had the pleasure of meeting Dr Toepfer and Manfred Konukiewitz the former Deputy Director General, Global and Sectoral Policies and Commissioner for climate policy, German Federal Ministry for Economic Cooperation and Development and heard some of the recommendations that the ITA were looking to put forward for member states.

Today and tomorrow the paper ‘Findings and Conclusions’ (released the 16th of June) will be discussed by ECOSOC Dialogue on longer-term positioning of the UNDS in the context of the 2030 Agenda for Sustainable Development.

I strongly suggest that you read the paper.

One of the suggestions which will I am sure cause some concern with some of the UN Bodies is the idea of merging the Executive Boards or Governing Councils of the UN Development bodies.
At present the report points out:

“At present EB/GC of UNDS meet 2-3 times a year for a total of 12-15 days. Looking specifically at the Executive Boards if UNDP/UNFPA, UNICEF, UN Women and WFP they have 149 members who meet for 36-48 days a year and oversee $15 billion. These four EBs are supported by only around 15-16 staff.”

In particular, it looks to merge the boards of “UNDP, UNFPA, UNICEF UN Women, UNAIDS, UN Habitat, UNHCR and WFP.”

To ensure better oversight the ITA suggests the creation of a Deputy Secretary General. At the inter-agency level the old UN Development Group at present chaired by UNDP Administrator would be chaired by the new DSG. With merged boards there would be a chance to ensure the inter-agency body would have more power to direct collaboration and address gaps. ECOSOC isn’t about to endorse this recommendation but it should be commended at bringing a new approach to how we might do business different to deliver the agendas agreed last year. 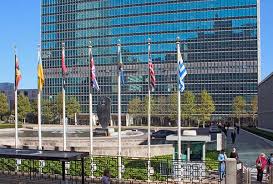 Another of the recommendations dealt with the Resident Coordinators (RCs). At this point they play two roles one coordinating the work of chief of UN diplomatic mission in a country (except when there is a mission of the Department of Peacekeeping Operations or similar, in which case the Special Representative of the Secretary-General is the highest official). It confers the same rank as an Ambassador of a foreign state.

The resident coordinator is the designated representative of the UN secretary general and leader of United Nations Country Team of Agencies such as (UNICEF, WHO, WFP). The second is as the Resident Representative of UNDP.

If there is an emergency then the UN also appoints a Humanitarian Coordinator (HC). Clearly this isn’t the best way of ensuring the UN is “Delivering as One” (now in 53 countries). The proposal in the ITA report is that this function should be taken away from UNDP and given to the new DSG.

There are some interesting “talking points” being distributed that argue against this and that it should stay under UNDP because.

“A politicized, bureaucratic, overly-centralized system, delinked from the operational delivery, would impose major risks and costs, taking resources away from development and hindering development effectiveness.”   It goes on to say “UNDP hosting and coordinating of the RC system offers unparalleled value, providing programmatic and policy support and operational services. We should build on and improve this system, not dismantle it.”

“a single coordination system would relieve any agency of the difficult burden of trying to provide an impartial coordinating function while pursuing its own mandate.”

This paper argues in light of the agendas agreed last year and the 'Grand Bargain' proposed by the High-level on Humanitarian Financing there is a great opportunity to bring together the development and humanitarian operations of the UN. This would

“Increase efficiency. One system, including one system for selecting country-level coordinators, reducing duplication and saving resources.”

Considering the people who are making these comments then clearly UNDP will need to have more than a defensive strategy. The end result shouldn’t be based on views of this or that UN body but how does the UN reform to address the challenges of implementing the new agendas effectively.

Having seen the last couple of the Presidents and their teams working on the new ‘ECOSOC’, which is only going to become more intense as the reforms start to be enacted, I think the idea of a full time ECSOCO President is a very good idea.

This and other reform suggestions in other reports in the area of humanitarian affairs and peacebuilding are all great contributions to a UN that is fit for purpose in the 21st century. Whatever it changes to it needs to do that working with the amazingly dedicated staff.
Independent Team of Advisors (ITA) Juan Somavia Klaus Töpfer