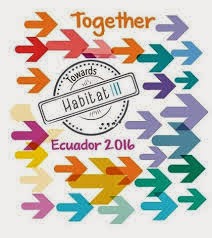 I am a huge supporter as are most Member states of utilizing the Habitat III conference to be a major implementing agent for the SDGs, the Addis Ababa Action Agenda, the Sendai Disaster Risk Reduction Framework and the Paris Climate Agreement at the local and sub-national level.

There is no question that the Habitat III process is way behind where Habitat II was at this point in 1996. Not only was there a text then that member states were happy to negotiate around by now but many many more days still left to negotiate that text.

In 1996 there was still 23 days of negotiating days left for Habitat II at this time in the process. Habitat III has only nine days left for negotiations -  though there is a proposal for an additional two days at the end of this month. Clearly there will need to be additional days I would guess in total 10-15 to address the 104 page comments by member states into the 20 page original zero draft. A new text is expected by the end of this week.

I see only two possibilities.
This would be a huge failure.

The mistakes go back to 2015 when as the 2030 process was being negotiated the Habitat process wasn’t being presented as the implementation on the 2030 Agenda at the local level. If it had been then the large number of stakeholders engaged in the 2030 Agenda would have continued their work  and committed to Habitat III.

The meeting last week appointed two excellent co-facilitators (Mexico and Philippines) who set up three informal-informal  working groups on:
1) Right to the City
2) MoI
3) Follow Up and Review

The informal-informal meetings were closed to stakeholders which  means that Habitat III process is LESS inclusive than Habitat II when the negotiations start. For Habitat II stakeholders could attend, speak and at times facilitate informal informals if the chair requested it.

There is still a chance to deliver a solid and useful text.

I look forward to reading the new version of the text, So what should be in it?

First the 57 targets from the SDGs that are relevant to the present text we have infront of us. Only with those placed in the text will it be clear HOW this process is going to be about implementing the 2030 Agenda at the local and sub national level.

I would add that there are infact 122 targets that are relevant to the local level but I think it is too  ambitious to expect all of them to be included. In an excellent paper by Philipp Misselwitz with María Rosa Muñoz and Anna Marie Walter (Urban Catalyst Studio/ TU Berlin) they say:

26 targets (21%) have a link to the first theme “Leave no one behind, Urban Equity and Poverty Eradication”.

22 targets (18%) have a link to the second theme “Sustainable and Inclusive Urban Prosperity and Opportunities for All”.

22 targets (18%) have a link to the third theme “Foster Ecological and Resilient Cities and Human Settlements”.

No links can be detected to Goals 2 (Hunger) and 14 (Oceans). The lack of association to Goal 2 that refers to food production and agriculture may reveal a lack of awareness about the importance of urban-rural linkages for urban sustainability.

The following missing links may be of particular concern
SDG 3 (Health)/ Target 3.6: “By 2020, halve the number of global deaths and injuries from road traffic accidents”.
SDG 12 (Consumption), Target 12.3: “By 2030, halve per capita global food waste at the retail and consumer levels and reduce food losses along production and supply chains, including post-harvest losses”.
SDG 13 (Climate), the involvement of urban actors in what is pointed out in Target 13.3: “Improve education, awareness-raising and human and institutional capacity on climate change mitigation, adaptation, impact reduction and early warning” is essential to mitigate the impacts of Climate Change as it was already affirmed in the Paris City Hall Declaration during the COP21. 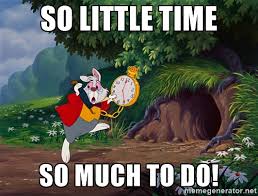