To those who said Rio+20 was a failure – time to reassess?

April 19, 2016
For this year’s Earth Day (22nd of April) which happens the same day that Heads of State sign the Paris Climate Agreement in New York it’s time to reassess the impact of Rio+20. 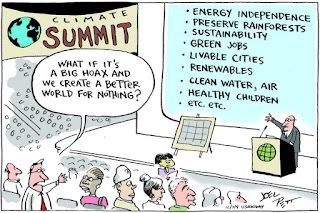 The Climate agreement is of course a daughter of the 1992 Earth Summit. It is  a huge achievement.
At Rio+20 it was clear that neither some of the large NGOs nor the majority of press understood the significance of the conference.

Perhaps it’s because it was compared to Rio 1992 which at the time I and other explained was the wrong comparison – but hay isn’t getting headlines much better for fundraising for some NGOs. To quote John Vidal the Guardian environmental journalist two weeks after Rio+20:

“Read the post mortems and commentaries from Rio+20, and you'd think a global disaster had taken place. The UN multilateral system is said to be in crisis, the environment is falling off the edge, and every blade of grass and hillside is for sale. Pundits and NGOs scream that it was "the greatest failure of collective leadership since the first world war", "a bleak day, a disastrous meeting" and "a massive waste of time and money".” (Vidal, 2012)

“Change does not happen in a few days' intense negotiation. It is a long, muddled, cultural process that cannot come from a UN meeting. Real change comes from stronger institutions, better public information, promises being kept, the exchange of views, pressure from below, and events that make people see the world differently.” (Sandbrook, 1992)

So this brings me to the real impact of Rio+20. I am going to start with the issue of the Oceans only because less than a month ago another Rio+20 outcome kicked in.  Nations started too negotiate a new oceans agreement.

Oceans
The high seas are known as the 'global marine commons'. These cover almost half of the earth's surface and they are they're beyond the control of any one nation. At Rio governments under strong pressure from NGOs recognized that the present patchwork of international rules and bodies regulate shipping, fishing, and seabed mining was inadequate. They set 2016 as the date to start dealing with this. World nations are gathering in New York for the first of a series of meetings over the next two years to draft a new UN oceans treaty.

“Building on the work of the ad hoc working group and before the end of the sixty-ninth session of the General Assembly we commit to address, on an urgent basis, the issue of the conservation and sustainable use of marine biological diversity of areas beyond national jurisdiction, including by taking a decision on the development of an international instrument under the United Nations Convention on the Law of the Sea.”

That decision was taken and the process now should take two years to negotiate.

Sustainable Development Goals
For those who don’t know the history of the SDGs that book will be out in September: ‘Negotiating the Sustainable Development Goals: A transformational agenda for an insecure world’ by Ambassador David Donoghue, Jimena Leiva Roesch by and myself it explains how against all odds the idea of SDGs as opposed to an MDG+ agenda was achieved. This was against considerable opposition by development ministries and development NGOs  I think Save the Children Fund were campaigning against the SDGs even at the last SDG OWG. The difference of the MDGs is of course they only apply to developing countries and the SDGs apply to all countries, the MDGs just deal with the consequences while the SDGs deal with the root causes, the MDGs just deal with development while the SDGs recognize that we need to live on a sustainable planet and so address economy and environment as well.  Of course the MDGs were never negotiated and just hosted on the international community while the SDGs developed through a participatory process of member States, the UN and stakeholders. Finally the MDGs just are sector based while the SDGs address the sectors and the interlinkages, not enough i think, but a good start. 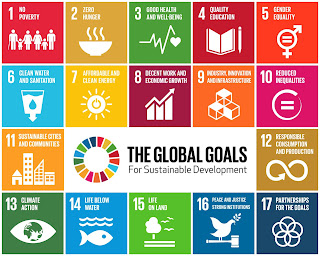 Technology Facilitation Mechanism
After twenty years of failure around the technology transfer agenda FfD did agree to the establishment of the TFM and with the engagement of a stakeholder committee. This was very important development out of Rio and then now let’s see what can be done in this area.

High Level Political Forum
The Commission on Sustainable Development had run its course and though there are problems with the HLPF – not enough days – no proper bureau – no proper secretariat functions it is a higher level than the CSD and will mean that every 4 years Heads of State will have to address the SDGs – this is usually in the timespan of a Head of State being in office – so they can be held accountable for what they do or do not do. 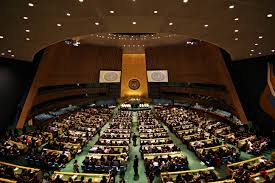 United Nations Environment Assembly
In July the second meeting of the UNEA will happen – UNEP was upgraded from a body of 66 members to a universal body and it is in the process of taking responsibility for the environmental aspects of the SDGs. A huge challenge for the new ED when they are announced.

So happy Earth Day April 22nd
Of course the real test is in the implementation of any agreement - I am reminded of a sobering though from Einstein who said:

“Only two things are infinite, the universe and human stupidity, and I'm not sure about the former.”