Guest Blog by Heidi Fortes: The Best Times to Post on Social Media 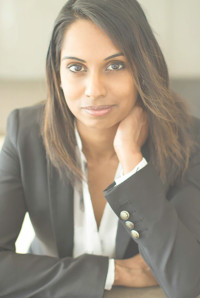 It’s a new year and with that comes a new chance to kick start your social media strategy.

Social selling has boomed over the last couple years but there are still so many salespeople out of the game and leaving money on the table. Last year Forbes reported that 78% of salespeople using social media perform better than their peers and LinkedIn reported that salespeople who use LinkedIn for social selling are 51% more likely to exceed their sales quotas. Now with all those attractive stats you must be thinking, it can’t just be about writing a few blogs here and there and sending out the occasional tweet. There must be a method to the madness. From optimizing posts to reaching out to prospects by referencing common connections the social selling to do list goes on. It can get daunting, but before you get started focus on making a plan.

Let’s focus on the best times to post on social media.

The infographic below shows the best times to post on social media. In order to maximize the efficiency of your social strategy try creating a schedule for posting and using tools like Hootsuite to autopost for you. This ensures that even while you’re out physically selling you’re also digitally selling.

Heidi is owner at Fortes Consulting: teaching modern communication for the modern day.