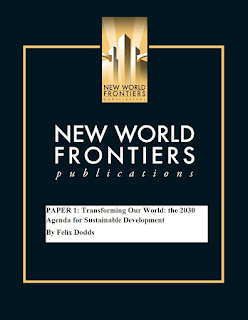 Steering the course of global change to a just and sustainable future requires a concerted effort across all sectors. The Sustainable Development Goals (SDGs), which were adopted by Heads of State on September 25, 2015 ­­– after 4 years of negotiations – offer a widely accepted compass to guide the actions of all players on the global stage. By providing a unifying force amidst enormous global diversity, the SDGs could provide the basis for potentially mounting a concerted movement for positive change. To achieve that outcome, the way in which major obstacles such as financing and accountability are overcome will make the difference in securing transformational change.

The purpose of the Earth Summit


Another recommendation was that an international conference be held to take forward much that was in the report. In 1990, countries agreed to a new UN Conference on Environment and Development (UNCED) – 20 years after the first UN Conference on the Human Environment held in 1972 in Stockholm. UNCED was often referred to as the Earth Summit and would be held in June 1992 in Rio de Janeiro.