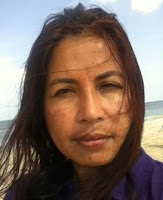 OneNYC, launched earlier this year, is New York City’s sustainability and equity plan that uses four lenses – growth, equity, sustainability and resiliency – and sets 25 goals to be met by 2030 that will be monitored and reported annually. OneNYC builds on PlaNYC, originally released in 2007, by embedding equity and was developed in a participatory process that included New Yorkers, civic and business leaders, elected officials and city agencies to address New York City’s long-term challenges: the forecast of 9 million residents by 2040, changing climate conditions, an evolving economy, and aging infrastructure. 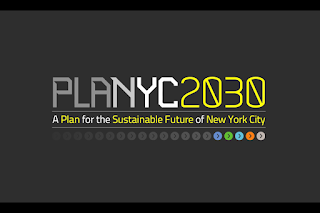 On January 1, 2016, the world, i.e., the United States and all 190 member states of the United Nations will start implementing 17 universal Sustainable Development Goals (SDGs) with 169 targets, which, like OneNYC address the related challenges of growth, inequality, sustainability and resiliency.  Another important factor tying OneNYC to the SDGs is that Goal 11 under the SDGs is to make cities and human settlements more inclusive, resilient, safe and sustainable. The SDGs were developed in a consultative process over almost four years and build on the Millennium Development Goals (MDGs). The SDGs are a fundamental shift from the MDGs in two respects: first, it is applicable for all countries, developed and developing, and, second, the SDGs encompass the three pillars of economic and social inclusion and environmental sustainability and their interlinkages, while the MDGs were more narrowly focused on economic development for developing countries. With a projected global population of 9 billion plus by 2050, rising inequality within and between nations, climate change and the opportunities and challenges posed by the next or Third Industrial Revolution, it is no coincidence that OneNYC and the SDGs (or the 2030 Agenda) have overlapping and common goals and objectives as well as a focus on implementation, monitoring and evaluation. Both also emphasize government-civil society-business partnerships and public participation as individuals.

Given the common timeline of 2030 and goals of both plans, it would be instructive to understand how OneNYCtargets and associated indicators converge or diverge when overlaid with the SDGs for NYC. It could surface discrepancies or inconsistencies, improve coordination, streamline and potentially increase resource efficiency, and promote transparency and accountability in processes and outcomes.

Equally importantly, what does it mean for implementation and partnerships? Let's test the government - philanthropy/civil society - business partnership model for achieving the common goals for the SDGs and OneNYC. For philanthropy, why not start with all the foundations that fund work in NYC? The good news is that SDG Funders is working to engage philanthropy in global and country specific SDGs. The Council of Foundations is working to increase awareness among funders that no matter what their specific mission, it ultimately connects to the SDGs. The UN will agree on a framework for recognizing partnerships to deliver the targets for the SDGs in 2016.

With respect to government, the Mayor’s Office of Sustainability oversees the development of OneNYC and shares responsibility with the Mayor’s Office of Recovery and Resiliency for ensuring its implementation. But other offices, such as the Mayor’s Office for International Affairs, which serves as the primary liaison between the City of New York and the diplomatic community, foreign governments, the United Nations, and the U.S. Department of State and is working to build a global platform through which the City can promote its equity agenda and share policies and best practices globally could potentially play an effective role in the OneNYC-SDG agenda. Similarly, the Mayor’s Office for Special Projects and Community Events, the Mayor’s Office of Media and Entertainment (whose mission is to enhance government communications by making information more accessible to the public and leveraging technology to aid in transparency) and the Mayor’s Office of Strategic Partnerships could all play important roles, notwithstanding the challenges of inter-agency coordination. 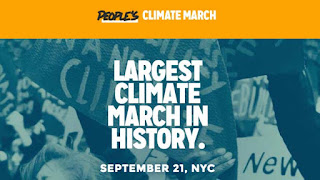 The good news is, as evidenced by the 400,000 people who joined the Climate March in NYC last year, and the work since then, the climate movement, particularly the campaign to transition to clean energy in New York is getting stronger and connecting to other social movements (e.g. immigration, BlackLivesMatter/racial justice, low wage workers/$15 minimum wage). The People’s Climate Movement NY will be holding a forum on November 17th to discuss the opportunities and challenges of getting to 100% clean energy in NYC by 2030, which is Goal 7 under the SDGs. Globally, IRENA serves as the intergovernmental body that supports countries in their transition to a sustainable energy future and serves as the principal platform for international cooperation. “IRENA promotes the widespread adoption and sustainable use of all forms of renewable energy, including bioenergy, geothermal, hydropower, ocean, solar and wind energy in the pursuit of sustainable development, energy access, energy security and low-carbon economic growth and prosperity.”

And, energy is a fundamental game changer! Transitioning to energy democracy vis-à-vis a low carbon/clean energy economy and infrastructure will also entail investments in and financing of appropriate technologies, processes and scales, as was the case for the Internet or the federal highway system in the U.S. Equally importantly, the energy transition will go hand in hand with the rise of the Internet of Things that is shaping the future of jobs and the potential for a just transition. 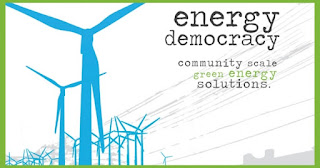 But as reported in the New York Times, only 158 families contributed half of the seed money or $176 million to support presidential candidates for 2016 in the initial phase of the campaign. “They are overwhelmingly white, older and male in a nation that is being remade by the young, by women and by black and brown voters.” Most made their fortunes in just two industries: finance (64 of the 158 families) and energy. In finance, these donors started hedge funds or private equity and venture capital funds and in energy they capitalized on exploiting shale formations in North Dakota, Ohio, Pennsylvania and Texas through hydraulic fracturing (which is banned in New York and in France, Germany, Scotland and Bulgaria). They overwhelmingly support an agenda of pared regulations, lower taxes on income, capital gains and inheritances and shrinking social safety nets.

History teaches us that that change occurs over a period of time through a combination of strategies, forces and events - small and large, planned and unplanned – that lead to tipping points. The digital transformation of society is expected to become mainstream by 2016 and most people, including some from the 1%, agree that current levels of inequality are threatening social cohesion and overall productivity and that climate change is real. As we transition to the Digital-Mobile-Social-Cloud Era, a "fundamental technological transformation in the way economic activity is organized and scaled portends a great shift in the flow of economic power from the few to the multitudes -- the democratization of economic life." Can we use this tipping point to create a fairer and safer world by aligning local and global plans and goals and engaging in both partnerships and resistance to business as usual?