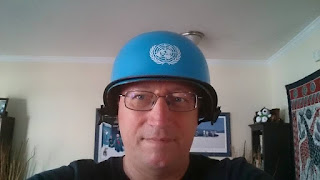 As many of you will know the Tea Party in particular has focused attacks on Agenda 21 which was agreed by the Earth Summit in 1992. as reported in 2010 in Mother Jones:

"Virginia activist Donna Holt is among those who believe that Agenda 21—unveiled during the UN's "Earth Summit" in 1992—is really a plot to curtail private property rights and deprive Americans of precious constitutional freedoms. In reality, the document will do nothing of the sort, but it has nevertheless been the target of conspiracy-minded UN haters for years. Holt and other tea partiers are taking their cues from people like Henry Lamb, a WorldNetDaily columnist and founder of Sovereignty International and Freedom21, groups designed to fight Agenda 21 and its ilk. He has been arguing for decades that the UN is secretly plotting to herd humans into crowded cities so that the rest of the world can be devoted to wildlife preservation. (Lamb declined to comment for this story because back Mother Jones once included him in a story called Wingnuts in Sheep's Clothing, and another article that described his role in Astroturf lobbying against the Kyoto treaty.)"

"If sustainable development is fully implemented, she says, "This basically will turn us into a Soviet state."

For those of us engaged in sustainable development we do not recognize this at all. Infact int he rest of the world the conservative parties have been at the front of the promotion of sustainable development.The Pope is about to make his first climate change speech (June 18th) which is causing some concern on the right in the US with Republican Presidential candidate Rick Santorum warnign the Pope:

"The church has gotten it wrong a few times on science, and I think that we probably are better off leaving science to the scientists and focusing on what we're really good at, which is theology and morality,” Santorum said. "When we get involved with political and controversial scientific theories, I think the church is not as forceful and credible."

Well of course the Ope is listening to scientific evidence the overwelming 97% of climate scientists believe the evidence is there to say man has and is creating climatic changes and according to the UN IPCC it is accelerating. Even republican votes agree Among Republicans, 48 percent say they are more likely to vote for a candidate who supports fighting climate change, in a recent Sanford University poll. Worrying for Republicans is that 72 percent of independents, said they were less likely to vote for a candidate who said that human-caused climate change is a hoax.

It looks like the Republican leadership is again on the wrong side of public opinion as they were on gay rights, drugs, immigration. In the recent Senate vote on climate change only Lindsey Graham of the present Senate Presidential candidates supported the Democratic amendment that "climate change is  real and human activity significantly contributes to climate change.”

Well there has been some very interesting developments on this front over the last few weeks.Norway’s parliament has formally endorsed the move to sell off coal investments from its $900bn sovereign wealth fund, the world’s biggest. This will impact on 122 companies and the question that is in many minds is this the end of coal?  My good friend  Mark Campanale from Carbon tracker said:

"The significance of the Norway decision is that, because of their size and reach, this will act as a major signal for other investors to follow. This will certainly create a wave,”

The former chairman of  Shell Sir Mark Moody-Stuart said that the lack of progress the world has made on climate change is, “distressing,” and that it was “rational” for investors to start divesting their money from companies that extract fossil fuel.Just a reminder the Governor of the bank of England announces that the “vast majority of reserves are unburnable” 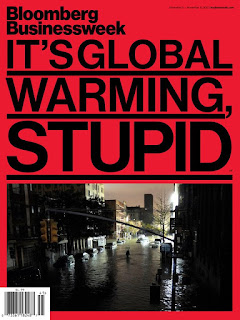 The Guardian is running a campaign to seek the Gates and Welcome Foundations to follow the lead of last years Rockefeller Brothers Fund in dis-investing their portfolio...this si a campaign that has captured the moment and will keep on impacting on Foundations, Councils, Universities and other Sovereign Wealth Funds.

These are hardly socialists leading the way in this campaign but in many cases hard nose capitalists.

That brings me to the Sustainable Development Goals (SDGs) which will be agreed in September and will be UNIVERSAL and so apply the 17 goals and 169 targets to ALL countries. As of yet the Tea party and the right in the US have not focused much on the SDGs. This will change and NGOs int he US need to start to develop their responses before this happens. It is important to remember that the SDGs and targets are soft law and  so it is up to each country how they take it forward. It is a transformational agenda which will have been backed by right of center parties in Europe and the rest of the world...though that often means nothing to the small number of tea party activities who hold the Republican party hostage.

Those on the side of this transformational change will be all governments, many spiritual leaders - the Ope will speak at the SDG Summit in September and citizens who want a better world for their children.

We face critical challenges in the next fifteen years - the time span of the SDGs. We are already seeing some of the impact in the US with the droughts in California and the floods in Texas. Those of you who have read my blog before will know that i have been highlighting the Nexus of water-energy-food and climate change. 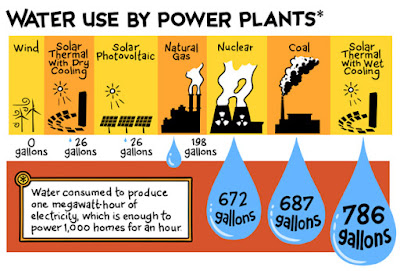 It is clear that the issue of water will be critical in the US over the next 15 years. Just on the link between water and energy the move from fossil fuel to renewable energy makes sense. One of the targets in the SDGs deals with this:
6.4 by 2030, substantially increase water-use efficiency across all sectors and ensure sustainable withdrawals and supply of freshwater to address water scarcity, and substantially reduce the number of people suffering from water scarcity.

In the US as in other countries there needs to be local application of the goals and targets into planning and management systems so that we can prepare for the future in a coherent and sensible way. Our children will ask "what did you do to ensure these goals and targets were implemented?" 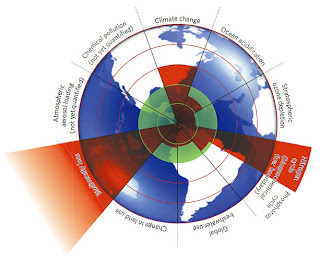 I hope our answer will be that we took the predictions serious and acted accordingly.