First, I have to say it is  very disappointing that the Intergovernmental Committee of Experts on Sustainable Development Financing (ICESDF) is again meeting in secret. So as we wait for the zero draft report to come out I thought I would make some suggestions for what I would hope would be in it.  Before I go into that, let me take you back on a journey about financing sustainable development.

The Intergovernmental Committee of Experts on Sustainable Development Financing  was formed as an output of the Rio+20 Conference. “The Future We Want” recognized the need for significant mobilization of resources and the effective use of financing, in order to give strong support to developing countries in their efforts to promote sustainable development. This includes thorough actions undertaken in accordance with United Nations Conference on Sustainable Development and for achieving sustainable development goals. The ICESDF committee (comprising 30 experts nominated by regional groups with equitable geographical representation) has been tasked to implement this process, concluding its work by mid-August 2014. The committee is co-chaired by H.E. Ambassador Pertti Majanen from Finland and Mr. Mansur Muhtar from Nigeria.

Finance has always been a vital issue in the Rio process. In 1992 at the original Rio Conference, the Secretary General of the Conference, Maurice Strong, was asked how much it would cost to implement Agenda 21. Strong and the UN worked out that the cost would be $625 billion a year, with $125 billion coming from developed to developing countries. The head of the US delegation to Rio, Buff Bohlan (under President Bush), made the commitment:

“There is no question that developing countries and countries in transition must have new resources. I would like to make it absolutely clear the US is committed to working with other industrial countries to mobilize new and additional resources for a new partnership.”

In 1992, overseas development aid from developed countries amounted to $54 billion.  Contribution amounts fell in the late 1990s, only returning to 1992 levels in 2002.

The 1990s was a decade of lost opportunities and broken promises. One does wonder what the situation would have been if funding had been made available particularly for key developing countries to choose a more sustainable path of development.

Underpinning Agenda 21 was the concept of ‘Common ButDifferentiated Responsibilities (CBDR)’. There has been some international discussion whether CBDR is relevant to the SDGs. I would just refer those governments to Agenda 21, the Johannesburg Plan of Implementation and many of the first ten years of UN Commission on Sustainable Development outputs for them to view the references that make the connection clear.

In 1997, at the Five Year Review of Agenda 21, there was an attempt led by Norway and the US to set up an Intergovernmental Panel on Financing Sustainable Development. Its main areas of work would have been in:


The mood of developing countries was not pleasant at Rio+5 after seeing five years of broken promises. This initial approach was rejected but survived in a different form. Norway and the US took it to the UNGA where it became a set of General Assembly discussions/conversations on the same themes. This ultimately became the Monterrey Process. It had been put on a trajectory to originally finance the outcome from the Johannesburg World Summit on Sustainable Development. Infact it had the same UN Secretary General for both conferences – Maurice Strong’s deputy in the 1992 Rio Conference – Nitin Desai. This trajectory was impacted by the MDG Summit, 9/11, and the election of President Bush. It was only in September 2001 that the EU gave up hope of a ‘new deal on sustainable development finance’. Even the lead US negotiator at the time, Jonathon Margolis, tried to persuade the new Bush Administration to go along with the ideas, however with the European prepcom for WSSD happening 10 days after 9/11 that wasn’t going to happen.

The 2000s saw aid flows increase to over $130 billion and a tightening focus on trying to deliver some of the MDGs and more on climate finance.

That brings us nearly up to date. We have in 2015 three processes that focus on finance. These are:


Therefore, it is critical that the report from the Intergovernmental Committee of Experts on Sustainable Development Financing brings to the table the sustainable development financing options.

For a committee that refused to allow stakeholders to attend its meetings, it is strange but of course welcomed, the role they see stakeholders and multistakeholder national processes playing in the implementation of any new goals and financial processes.

What I hope to find in the report isn’t just a rehash with what I have already read in multiple reports in the area of development financing.  What I would hope to see are these areas covered:
The role of Corporations

As we have seen in Rio+20 and in the discussion around the SDGs, there is expectation that the private sector will play a considerable role. I believe that all stakeholders need to be involved in the development and implementation of the SDGs. This needs to be done with eyes open and with strong regulation on how companies should behave if it is to happen. It was, of course, the private banking sector that caused the present problems we are still recovering from. Governments and the finance industry were far too connected and regulation was taken away that might have cushioned or stopped the impact. Thomas Jefferson warned about this in 1816 when he said:

“I hope we shall crush in its birth the aristocracy of our moneyed corporations which dare already to challenge our government in a trial of strength, and bid defiance to the laws of our country.”

One of the results of the financial crisis was that many of the debts were taken up by governments to secure a stable economy. Now instead of having the funds to invest in sustainable development, they look to the corporate sector to help.

Around 40% of the world’s wealth is controlled by 147 companies. In a globalized world, this isn’t a good situation..

There is a need to re-balance the role of government oversight of corporations and the reduction of monopolies (or near monopolies) to support sustainable development. This re-balancing should include a revision of liability so that executives and investors do suffer consequences. The UK introduced in 2006 the first major reform of corporate law to include that Directors of companies in addition to pursuing the success of the company for the benefit of the shareholders. These actions must take ‘regard to’ long-term consequences, employee interests, relationships with suppliers and customers, community and environmental impacts and reputational factors. As Nick Robbins (author of the book The Corporation that Changed the World and HSBC’s Report How Green are the Recovery Packages) said:

“This is a ‘duty to think’ not a ‘duty to act’ to reduce and eliminate negative costs to others.” 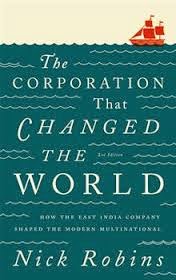 This could perhaps include taking away a company’s license to operate when there is gross misconduct. This is something that the father of modern conservatism, Edmund Burke, called for two hundred years ago when he said: ‘if abuse is proved, the contract is broken.’ Adam Smith went even further in his book The Public Works and Institutions where we he said that joint stock corporations were a deeply flawed piece of public policy…how right he was.

Over the last thirty years we have seen a huge reduction in the number of corporations in different sectors. In the US in 1980 there were 50 media firms in the market place by 2002 this had shrunk to 10. This is echoed in all sectors. Three company’s control 45% of the world’s coffee roasting and 30 companies control around one-third of all grocery sales. This isn’t a free market.  What is needed is targeted global antitrust investigations to ensure that a reversal of the high concentrated commodity trade. We can’t afford any more too big to fail companies to quote Republican Presidential candidate John Huntsman on the banks – but it should apply everywhere:
“With respect to the banks that are too big to fail…six institutions [today] are equal to 65% of our GDP…I say we need to right-size them” (2011)

The three financial discussions in some way need to be considered together so that it is clear what financing is being proposed for what and by whom. It will help in making sustainable development financing more transparent and ensure there is not double counting.

Perhaps the UN Secretary General should appoint a Special Envoy to oversee this. My choice would be Trevor Manuel of South Africa – he has played a significant role in setting up the Green Fund in the UNFCCC as co-chair of the Transitional Committee for the Design of a Green Climate Fund, he was an envoy to the Monterrey process, a part of the South African Ministerial team for WSSD, Chairman of the Board of Governors of the International Monetary Fund, and Chair of the Development Committee of the World Bank. 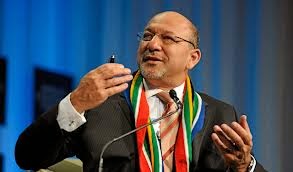