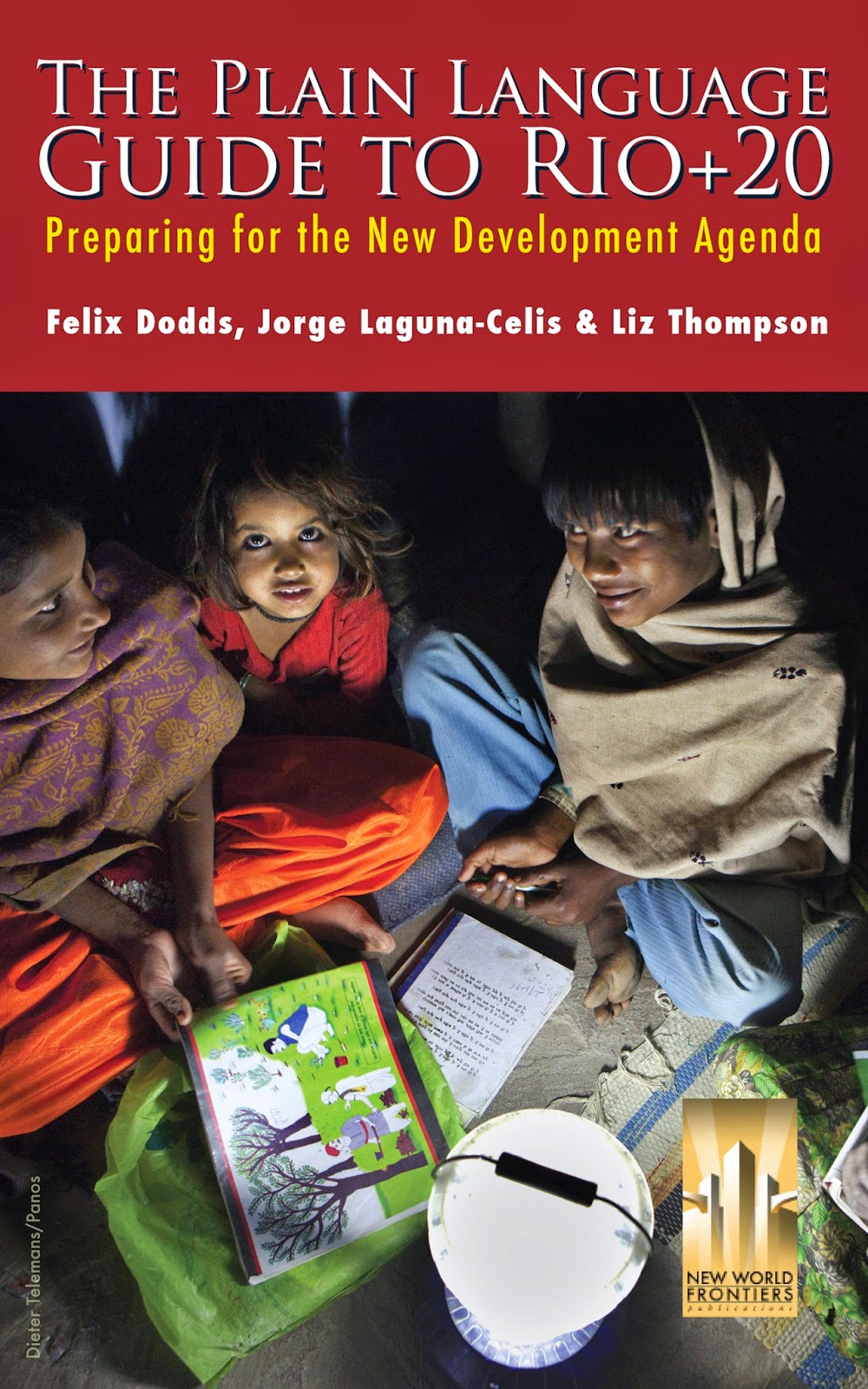 The Plain Language Guide to Rio+20: Preparing for the New Development Agenda is my second book with Jorge Laguna Celis and Liz Thompson and will eb a Kindle download in June.

It was inspired by a publication, in 1993 by the Centre for Our Common Future called The Earth Summit’s Agenda for Change. In 2003 Stakeholder Forum for a Sustainable Future produced an updated document after the Johannesburg Summit called The Plain Language Guide to the World Summit on Sustainable Development. We have reprinted below the original Preface from 1993 by Warren (Chip) Lindner, which expressed the vision that sprang from Rio and was embedded in the Johannesburg and Rio+20 Conferences. Chip was then the director of the Centre for Our Common Future and had been the secretary to the Brundtland Commission. He went on to be the political advisor to the chair of the 1998 World AIDS Conference and successfully campaigned for the conference to have its next conference, its first in a developing country, South Africa. Chip died of an AIDS related illness in November 2000. We think his words on the role of stakeholders have mostly come true.

This book is a resource book which we hope will enable people to understand what was achieved at Rio+20 and become involved in the implementation of those decisions. We have been helped by Jacob Scherr and Chelsea Phipps from NRDC who have in the book looked at the commitments and the role of governments and stakeholders in light of the conferences since 1992.
jorge Laguna celis liz thompson NRDC Rio+20 rio+20 felix dodds SDgs