Interview of Felix Dodds in FORBES by Terry Waghorn from Katerva
Author and global sustainable development leader  Felix Dodds has
spent more than two decades observing and participating in
international development meetings, including the Rio Earth Summit
in 1992, the Conference on Human Settlements in 1996, the
Johannesburg Summit in 2000 and the Millennium Development
Goal meetings in 2005. His most recent book, authored with Michael Strauss and Maurice Strong, Only One Earth: The Long via Rio+20
to Sustainable Development, will have a companion out later this year: Written with Elizabeth Thompson and Jorge Laguna-Celis,
From Rio+20 to a New Development Agenda: Building a Bridge to a Sustainable Future will provide an inside look at the 2012 conference
and an optimistic perspective on where it might lead. Dodds recently
shared his thoughts with Ensia and Terry Waghorn of Forbes on the
United Nations Conference on Sustainable Development—more
ommonly known as Rio+20—and the future of sustainable development. 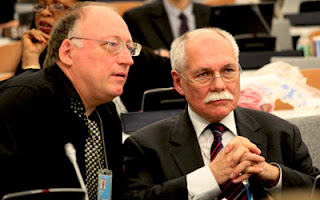 What were some of the most significant outcomes from Rio+20?
After the Copenhagen summit, sustainable development was to some extent dead globally. The Rio+20 process brought together everybody to reimagine how they must address the critical challenges that we’re facing in the next 20 years. Rio+20 agreed there should be a set of sustainable development goals and those will be part of what will be the new Millennium Development Goal landscape post-2015. That’s a very significant development. And why is it significant? Because over the last 10 years and more, once the Millennium Development Goals were agreed, global development funding focused on trying to deliver those goals. So it gave a focus to the global community on what needed to be addressed and in many of those global goals has had quite an impact. The same thing would happen after 2015 with a set of sustainable development goals. We’ll see a focus of funding, of activity, around trying to address those global challenges.
Another critical element is that for the first time at the global level we discussed the issue of economy. It was the first attempt by the global community to really address how the economic pillar of sustainable development should be integrated into the other areas. Though one
would have hoped for something a little more advanced or significant,
there are a number of initiatives that have come out of that that will
have a significant impact on the future. One of the key activities from
Rio I would underline is the initiative from the World Bank where
over 50 countries and 86 private companies have joined forces behind
the move to factor the value of natural assets like clean air, clean water, forests and other ecosystems into business decision-making and
countries’ systems of national accounting. Watch this space to see how
this develops over the next few years.
The other important aspect is addressing the issue of governance. Both organizations at the global level that deal with sustainable development, primarily UNEP and the Commission on Sustainable Development,
their roles were addressed. In the area of UNEP, they were upgraded to
universal membership. They only had 58 members before, so they’re
truly now the voice of the environment at the global level. And the Commission on Sustainable Development hadn’t succeeded very well
since 2004.
They needed a higher level political forum, and that’s about to be set up.
What do you say to those who call Rio+20 a failure?
It depends if they attended the meeting. A number who said that didn’t attend. Also whether or not they actually went to preparatory meetings.
A lot turned up at summit and made a judgment at that point. If you understood at the beginning what was possible and had worked over the
last three years [in the context of today’s global economic situation],
then you would call the summit a success. 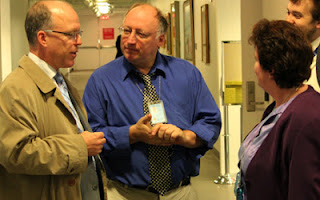 What did Rio teach us about process?
What Rio taught us about process is that you need more time to build
trust among the key players than often is expected. To discuss the
economy you needed a lot more time to have people have the
conversation in a constructive way. In 1992 developed governments
made a commitment to development aid to the tune of a $145 billion
a year transfer from north to south – this was never delivered and in
the first 10 years went down. Only when the MDGs were agreed to did [overseas development aid] go up. There’s this real feeling from
developing countries they made this commitment, then developed
countries don’t deliver the money to help developing countries make the transition to a more sustainable path of development. The results of
this can be seen in India and China in their development paths particularly be seen in their contribution to climate change. So you need more time
to be able to address coming to new conclusions.
Looking back in 20 years from now, what do you think people will say is Rio’s legacy?
People will look back and say the development of the sustainable development goals was a critical time when the world community was
able to come together and agree to focus on those particular areas. Then
I think once those are set the community, whether industry or NGOs or whatever, will be critical in helping governments deliver those goals. We know how governments alone can’t deliver those.
You have described Rio as a “rebirth of multilateral effort.” What do you mean by that?
I think what Rio +20 did was to start to rebuild a base of trust between
key governments at the global level. That base that came out of Rio is
already being built up in a way that makes me think that 2015 will be a significant year for not only development goals but also a new climate agreement. It’s possible we will look back 20 years from now and say,
“that is what made it all possible.”
What about the role of the private sector in sustainable development?
Some in the private sector are on the side of angels and some aren’t.
Those who are on the side of angels need to be more vocal. Companies
that say they are green should use their advertising budgets to say they
are need to see much more firm leadership in the sense of using that
space to show they are going to be a part of the solution. We also
need to point out the companies that aren’t doing the right thing and
point out why they’re bad. We need to be firm with companies not supporting a move toward sustainable development and let them know
that’s not going to work. The development of a global framework for sustainability reporting for all companies listed on the stock exchange
and promoted by many of the financial sector such as AVIVA is
something that all companies should get behind.
Do you see much more significant outputs coming in a much shorter span of time?
I think so. The trust wasn’t there at Copenhagen. We had to go and
rebuild a whole set of relationships around the conversations that
have to happen. So the ground is being prepared for 2015. We don’t
know for sure the government leaders at the time will make the right decisions. But provided the work has been done properly clearly the
space is there for that to happen and that’s the important thing. I
think things are urgent but things have been set up for them to happen.
Read online at FORBES: http://www.forbes.com/sites/terrywaghorn/2013/02/05/rio20-the-long-view/
Earth Summit Earth Summit 2012 felix dodds forbes katerva Rio+20