As Ebenezer Scrooge had been attending the recent climate change convention meeting in Lima he was an angry 'humbug.' He said to himself, as he worked on adding up the new figures for the USA Co2 emissions that would be caused with the US growth projections, 'It's far too expensive' Bob Cratchit came over and whispered ‘tis the season for giving, isn’t it' Scrooge’? He was hinting that Scrooge should give some money based on the impact that his policies had had on developing countries.

'Bah humbug!!!' said Scrooge 'why should I pay anything!? It's up to you to make your own decisions and if you can't, then does it matter if there are less of you around in the future!?....I think not'!!'

Bob responded, 'Please help! Tiny Tim really needs you.  You just agreed to Damage and Loss.'
'grrrr I know I may have said that we accepted historical debt when Jonathon and I took over in 2009, but it's the Chinese you need to worry about more.' said Scrooge

Bob went home to play with Tiny Tim and to help him as much as he could with south-south help but worried if Tiny Tim would be ok in the future. 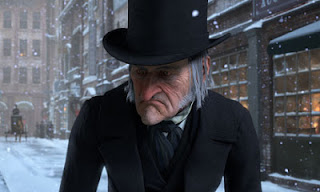 Later in the day Scrooge's nephew Fred came into to see him.

'Bah what is good about it' said Scrooge.

'Uncle I am here to ask you to come to our Christmas dinner. Everyone will be there and we can work at solving everything together and that might mean we share more out with the poorer countries. But in the end it will be good for all of us' said Fred.

Scrooge went home in a bad mood and decided to go to bed. Later that night, he was visited by the ghost of Christmas past - Jeff the woolly Mammal.

'Scrooge, I am Jeff the woolly Mammal, ....(drum role in the distance)..... the ghost of Christmas past! You are to come with me now!!'  Scrooge wondered how it could be that this 'Jeff' a woolly Mammal looked so much like his old dead partner Jacob Marley. 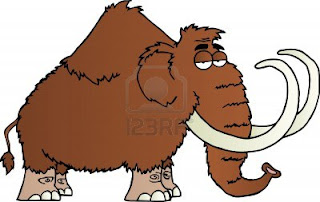 Scrooge felt Jeff's trunk pulling on his leg. He grasped the headboard but Jeff's strength was far too much and thus he found himself dangling upside down in front of Jeff's eyes.

'You have been a naughty boy!!! I am here to show you your past and hope you learn something.'

Pow!!! Kapot!!! (Always loved that 1960's Batman TV series) - They disappeared and reappeared as Scrooge was back at the boarding school he went to as a child.

There, he saw Belle, his former love, to whom he was supposed to be married. Scrooge had been putting off the wedding until his finances were healthy. Belle broke off the engagement and joined Greenpeace as a volunteer working against many of the companies that Scrooge had been advising on how they should spend their money. This had included huge deforestation projects and support for coal companies at the expense of local communities. Scrooge had then withdrawn from society and as it happened around Christmas his hatred for Christmas time had only grown.

Jeff showed how badly Belle wanted to be with Scrooge, but his love for money and support for bad companies had made it impossible for her to be with him.

'Why do you show me this Jeff?' asked Scrooge

'You chose this to happen,' said Jeff. 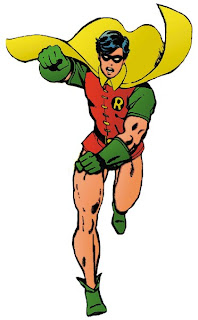 Robin is a DC character

Pow!! wham!! Robin appears opps sorry wrong story. :-) Scrooge found himself back in bed wondering if it had all just been a dream.

He quickly fell asleep again and was awoken by Philip the Panda - who was dressed as a Santa Claus, and was eating his bed post, made of bamboo. 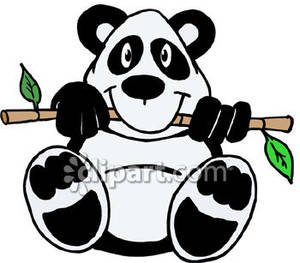 'Come with me Scrooge I am Philip the Ghost of Christmas Present.'

'Bah  humbug -- I met your predecessor. Do your worst,' said Scrooge

Philip the ghost of Christmas Present took him to the impoverished Cratchit family so that he could see how developing countries are trying to deal with the consequences of climate change caused by the activities of the rich countries, and in particular those of Scrooge. He saw Tiny Tim walking by Bob with a crutch, how fragile the existence of the least developed countries were and how they will be impacted by climate change.

He turned to Philip and asked. ' Can you tell if Tiny Tim will be ok in the future'.
Philip answered: 'In a future that will happen if nothing changes I see many countries devastated, millions of people as refugees and many many deaths.'
Next they visited Bob’s home, where he was enjoying an evening with friends and families.

‘Why?’ His wife asked. 'He has caused such devastation around the world, why should we toast Scrooge?'

'Scrooge didn't always behave like this and can still change. As we know from experience we can often count on Americans to do the right thing – especially after they've tried everything else.'

pow!!! zonk!!! Scrooge found himself back in bed and again wondered if this was a dream? He fell asleep only to be awoken by Mother Earth (otherwise known as Ethel) - Christmas yet to come.

'I am Mother Earth - Christmas yet to come,' she said 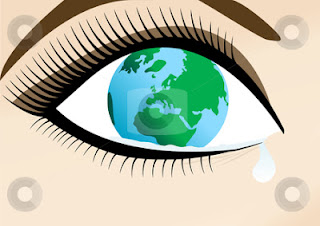 'I know why you are here. Take me to where you have to'

Pow!! Kapom!! Scrooge was taken to a morbid place. He saw that Tiny Tim was no longer there. So many people in boats were trying to escape the rising seas, with others moving northward as their lands become unbearable to live in because of temperature rises of 4-6 degrees. He saw the lack of water, the conflict as people fought for food and diseased people everywhere.

How could this be? He wondered to himself.
Ethel chimed in, 'the scientists warned people that this would happen! 97% of them said that climate change is manmade and still you didn't listen. You were too interested in making money and not caring about your children or me.'

Scrooge was then transported to a grim and dreary place. As he looked down, he saw before his very own feet a small grave inscribed with his name. The patter of the rain was the only noise that filled the area. Not a person in sight was there to bury him; no one to care at all.

'Does this all have to come to pass?' he asked.

Pow!! Wham!! He then found himself back in bed.

He rushed to the window and asked a passerby  ‘what  day is it?!’ 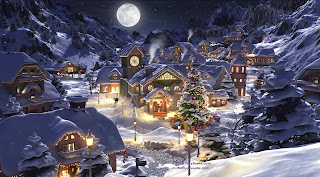 'Wonderful can you go down to the butcher and get the biggest turkey and take it to Bob Cratchit now,’ requested Scrooge.

By increasing the US contribution of 1% of GDP for oversees aid, overnight, America made the funds available to help developing countries and particularly Tiny Tim adapt to Climate Change.

He rushed off to visit his nephew Fred. When he came into the room with Fred, his friends and family he explained that he wanted to work with Europe at reduce CO2 emissions in developed countries inline with what the IPCC had recommended. Fred and Scrooge hugged one another.

‘I’m so sorry,’ said Scrooge. ‘I hope you will accept my apology.’

Although there wasn’t much time left, they started working in the same way for a carbon free, equitable and fair mother earth.

‘Merry Christmas to you all’ said Scrooge 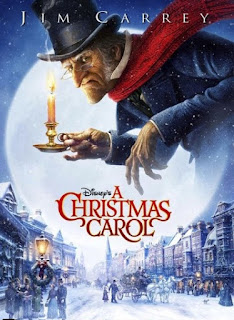