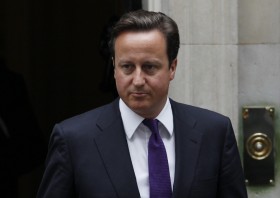 
Prime Minister David Cameron will not be going to the Rio+20 Summit in Brazil next year despite his pledge to lead the "greenest ever government".

The meeting will mark 20 years since the seminal Earth Summit of 1992, and is regarded as a chance for leaders to put humanity on a sustainable track.

But Mr Cameron will not, a Downing Street spokeswoman told BBC News.

Instead, Environment Secretary Caroline Spelman will lead the UK delegation.

"It's a shame Mr Cameron is not going," said Felix Dodds, director of Stakeholder Forum, which is playing a leading role in preparations for the summit.

"There has been inadequate progress on sustainable development since the 1992 Earth Summit,”

"It would be important for the British government to show leadership at the highest level in Rio, and we'd hope he'd show leadership by coming to the final preparatory conference the week before."

A spokesman for Ms Spelman's Department for Environment, Food and Rural Affairs (Defra) said the UK "will be pushing for an ambitious outcome" at the summit.

"Rio+20 must make the case that growth does not have to come at a cost to the environment, and that sustainable use of natural resources will be essential for long-term prosperity," he said.

And Margaret Ounsley, head of public affairs at WWF-UK described the news as "disappointing".

"In 1992, John Major managed to make it to the historic Earth Summit against a backdrop of IRA bombs in the City.

"There is never an easy time for the prime minister to leave the country, but he has sent out an early signal that the Rio+20 summit is not a priority for the UK, and there is a danger that other leaders might follow suit.

"We would hope that at the very least Mr Cameron will reconsider attending towards the end of the Summit."
Off target
The prospect of 50-plus leaders staying away would dismay the Brazilian hosts.

Its government has lobbied passionately to stage this sequel to the 1992 summit, which launched global treaties on climate change, biodiversity and desertification and elevated discussions on sustainability within the United Nations. 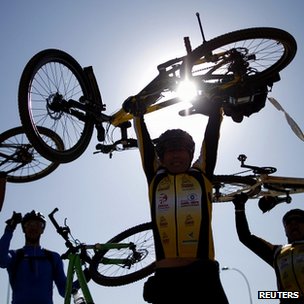 Mr Cameron's non-attendance will also dismay the UK parliament's Environmental Audit Committee (EAC), which after months of taking evidence from various parties has just released its report on UK preparations for Rio.

Its top line: that David Cameron should commit now to attend.

"The Rio+20 Earth Summit is a vital chance for world leaders to take action to avert a global environmental crisis," said committee chair Joan Walley MP, in a statement issued to reporters before the PM's position became clear.

"The prime minister should lead by example.

"He could make a big difference by demonstrating his commitment to Rio+20, and letting other world leaders know that he will personally be attending."

The EAC's broader conclusion is that humanity is not at present heading along a sustainable path.

"There has been inadequate progress on sustainable development since the 1992 Earth Summit," it says.

UN Secretary-General Ban Ki-moon made a similar point last year, noting that although the global economy had grown by 60% since 1992, the benefits were not felt by all.

Half of the countries with data on their Millennium Development Goals (MDGs) performance were set to miss the target of halving the proportion of their population on less than $1 per day by 2015, Mr Ban said.

The EAC notes that many indicators of environmental health - such as biodiversity - continue to decline.

It recommends that the UK should support initiatives on new goals that aim to reduce unsustainable consumption in developed nations, and back the "greening" of economies by more constructive use of taxation and other financial levers.

In the run-up to the summit, a number of companies led by insurance giant Aviva have called for a UN declaration requiring businesses to report on the sustainability of their operations.

"The UK should support the call for a convention on corporate sustainability as part of a contribution to the Green Economy," said Mr Dodds.

"And what we'd hope is to have a high-level former politician being given the role of special envoy."

The EAC also called for the appointment of a UK special envoy soon, although it is not clear that the government will go ahead.

If it does, one argument doing the rounds is that appointing an ex-prime minister would give the role a lot of prominence.

But the field is rather limited - basically, John Major, Tony Blair and Gordon Brown - and it may be that an ex-minister such as John Gummer (Lord Deben) would command more support.